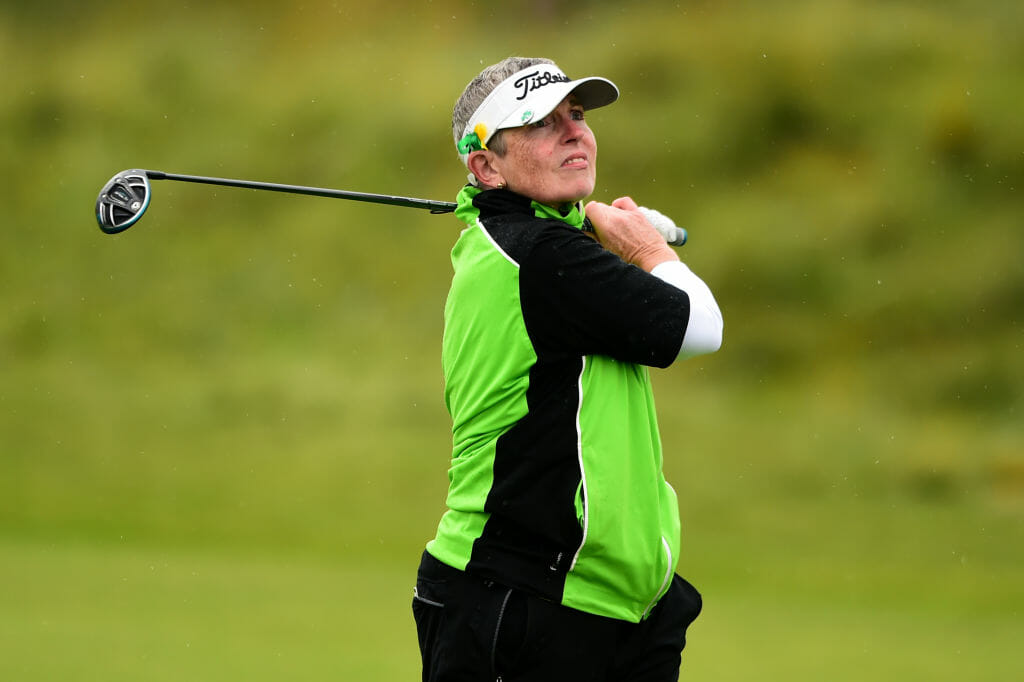 Portrush’s Laura Webb is leading the Irish charge in Royal Dornoch as the second round was suspended due to darkness in both the Senior men’s and women’s Amateur Championships.

Webb, who won the Spanish Senior championship and finished second in the Irish Senior’s, is in a share of eighth place on fourteen-over.

Webb soared through the field as she followed up an opening round of 83 with a joint second lowest round of the day a 74.

Peru’s Anna Morales leads on five-over after successive rounds of 74.

Meanwhile in the men’s section Milltown’s Jody Fanagan shot a superb level-par 70 to remain on four-over but rise into a share of 13th and he is just eight shots off the pace at the halfway stage.

Douglas native Karl Bornemann also moved into the fringes of contention on five-over after a 70 of his own and he is in solo 20th.

Ireland have four players in the top-30 as it stands. Portrush’s Mark McMurray is in a share of 21st on six-over after rounds of 72 and 74 while Banbridge’s Jim Carvill completest the top-30 on seven-over after he shot a level-par 70 to ensure he sticks around for the final two rounds.

Castlerock’s David Mulholland and Adrian Morrow of Portmarnock look to have done enough to make the cut on eight and nine over respectively while Morrow’s clubmate will play the waiting game on eleven-over which has him outside the top-60 and ties with a host of players on ten-over returning this morning to complete their second rounds.

Amateur legend Garth McGimpsey could also make the cut from eleven-over after rounds of 75 and 76 gave him a fighting chance from plus eleven.

In the Senior Women’s Amateur Grange’s Sheena McElroy and Malahide’s Alison Taylor are in a share of 17th on sixteen-over after rounds of 80 and 79.

There looks to be a strong contingent from the girls in green hanging around for the final two rounds with Mary MacLaren and Gertie McMullen both safely through on eighteen and nineteen-over while Kate Evans occupies the coveted 40th spot as it stands before the second round concludes in the morning.