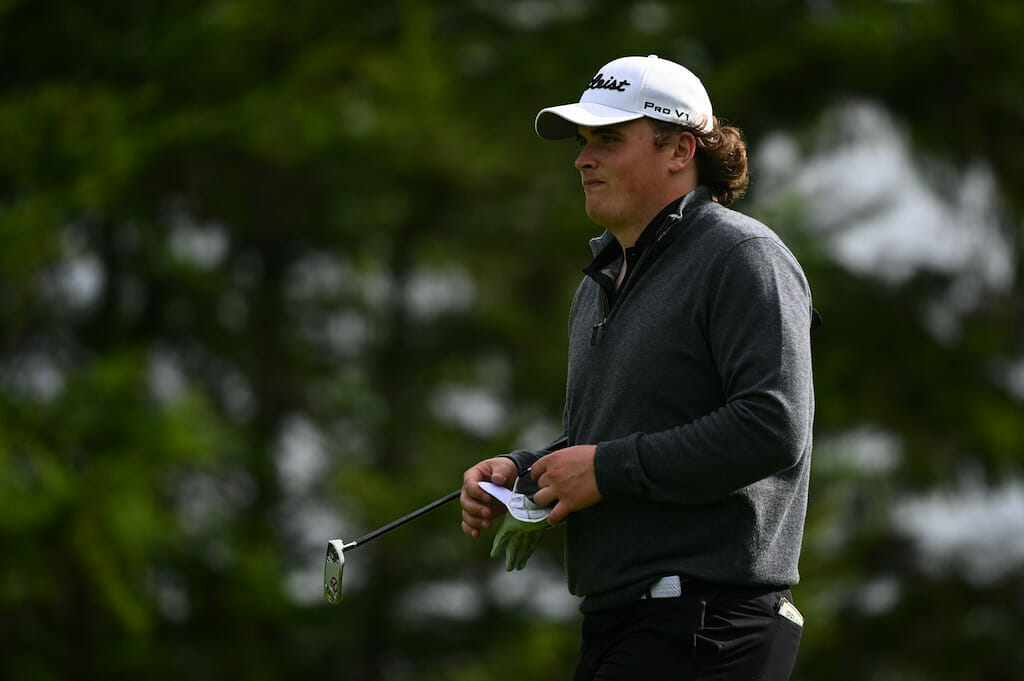 Mallow’s James Sugrue is the only Irishman on track to make the cut after the opening round of the Alps de Las Castillas in Spain, where he is still in the mix to potentially compete for the title.

The former Amateur champion mixed five birdies and two bogeys in a three-under 69 at Club de Golf Soria to sit in a share of 13th after Thursday’s first round and, although he is six shots off the lead, he is not as far off as it seems.

That is because, despite being six behind leader Floris de Haas as he signed for a nine-under 63, such was the Dutchman’s brilliance Sugrue is only three shots off second place in an otherwise packed leaderboard.

De Haas was bogey free, carding nine birdies to open up a convincing three-shot lead in Spain, with home favourite Daniel Berna Manzanares sitting second after two eagles, three birdies and a bogey in a six-under 66.

However, Sugrue is the only Irishman currently inside the cut line after the opening round, with Gary Hurley the next closest one shot off making the final round after two birdies and three bogeys in a one-over 73 that leaves him in a share of 52nd.

A late double-bogey means Michael Young carded a two-over 74, which also included three birdies and three bogeys, while four bogeys and one birdie led to a three-over 75 for Jonathan Yates.

Meanwhile, Paul McBride looked like he could have been on for a decent round, but a run of four straight bogeys on his back nine saw him finish with a four-over 76 and in need of a big second round to reach Saturday’s final day.