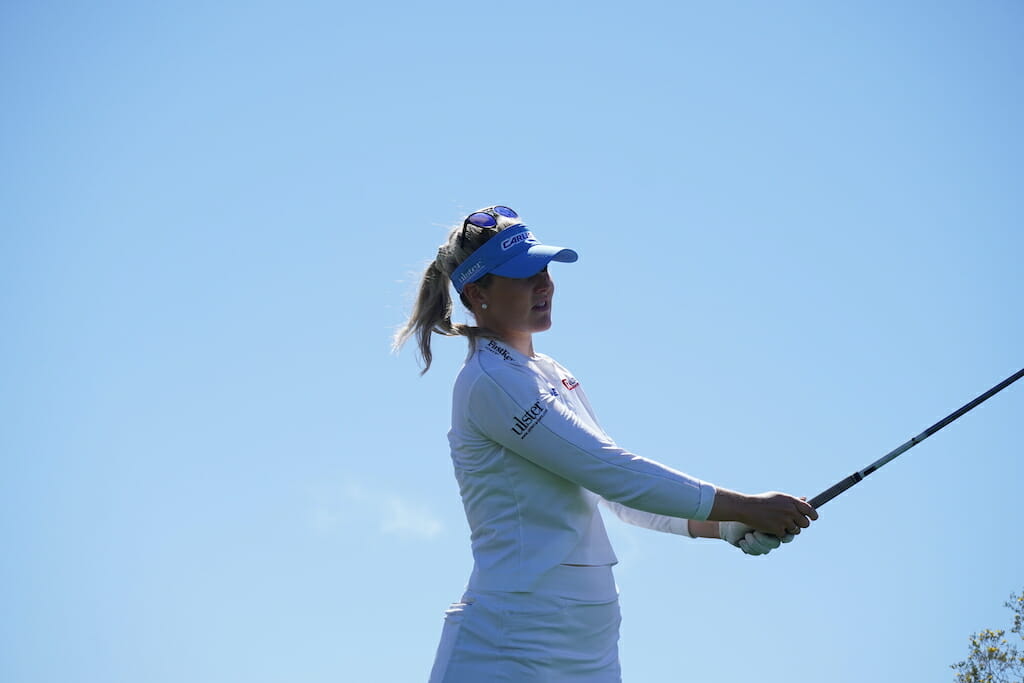 Olivia Mehaffey is well placed to make her first cut in her last six starts after she opened with a level-par 72 in her opening round at the Estrella Damm Ladies Open in Spain.

The Tandragee woman carded five birdies, three bogeys and a double-bogey in her opening round at Club de Golf Terramar to sit in a share of 38th place after the first day’s action.

Professional life has been a baptism of fire for Mehaffey, who has struggled to string together results on the Ladies European Tour after a stand-out college career with Arizona State, but she looks to be in a good position in Catalunya.

The Ulsterwoman had opened with a bogey but overcame her rough start with back-to-back birdies at the third and fourth, only to give those back with a double-bogey at the par-five sixth, and her roller coaster opening nine ended with birdies at the seventh and ninth either side of a bogey at the eighth.

Her back nine was more sedate, one birdie at the par-four 11th undone by a bogey at the par-five 12th, but she will be content with her scoring on a tough day at Golf Club de Terramar.

She will start her second round well adrift of the lead, though, after Carlota Ciganda and Jessica Karlsson both fired seven-under 65s in their opening rounds to lie three shots clear of the rest of the field.

Ciganda’s was particularly eye-catching as she started her round with back-to-back bogeys, but nine birdies and no more mistakes from that point saw her claim the lead, which was matched by Karlsson’s eagle, six birdies and one bogey.

English pair Alice Hewson and Georgina Blackman head a six-woman group at four-under-par in a tie for third.