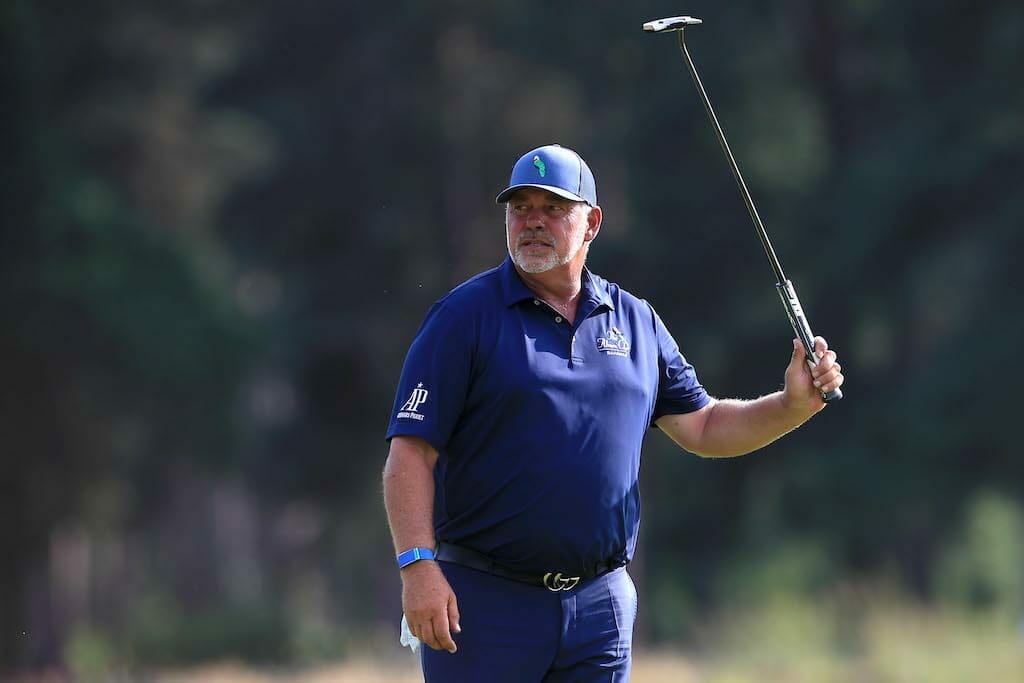 Darren Clarke had to battle a bit but managed to salvage a level-par 70 from the opening round of the Bridgestone Senior Players Championship at Firestone Country Club in Akron, Ohio.

The former Open champion and European Ryder Cup captain had to mount a comeback after two early bogeys in his round to get back to where he started the day thanks to three birdies and another bogey.

At level-par, Clarke is tied for 19th and six shots off the early lead held by Germany’s Alex Cejka, whose 64 has him two shots clear of David Toms after the opening round.

Clarke was always playing from behind in his round as he bogeyed his opening hole and then added another at the par-four sixth before he finally got a positive number on the board at the end of his outward nine with a birdie at the par-four ninth.

The 53-year-old then sandwiched two birdies either side of a bogey at the 12th, his only other scoring holes as he parred his way back to the clubhouse to put himself in a position to make a move in his second round.

Meanwhile, Cejka was impressive in assuming the lead as he birdied six holes in a bogey-free outing to take control at the top after a strong performance in Akron.

He’s followed by Toms, who also had six birdies but fell to two bogeys as well in his 66, while Jerry Kelly and Ernie Els hold a share of third after both signed for three-under 67s at Firestone.