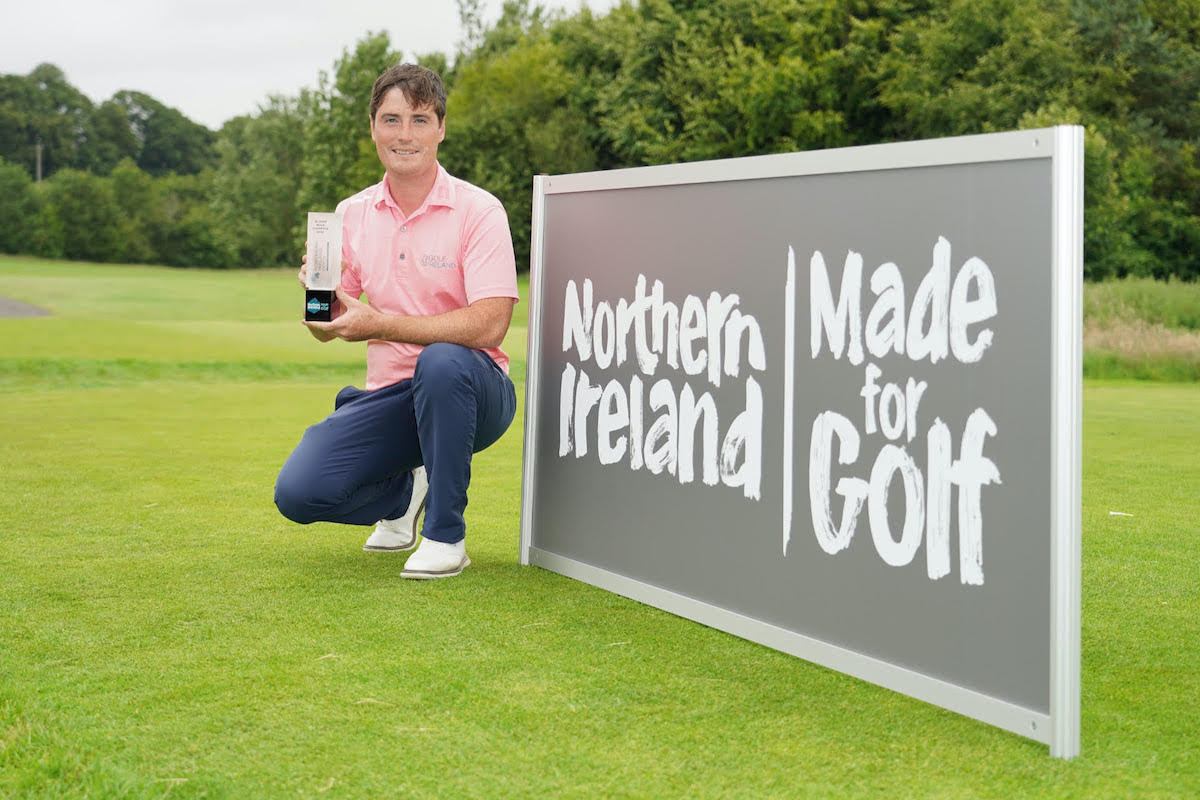 Dermot McElroy is a winner again after he cruised to a seven stroke victory in the NI Open on the Clutch Pro Tour.

The Ballymena native teed off with a four shot lead after 36 holes in Cairdhnu and Castlerock respectively with the final round taking place at Galgorm Castle which will host the ISPS Handa World Invitational next month. This win now guarantees his spot in August’s DP World Tour event.

McElroy has been in superb form recently and has threatened to add to last year’s Cubefunder title on the EuroPro Tour on several occasions with two runner-up finishes and a sixth place in his last six starts on both the EuroPro and Challenge Tour.

A one-under 69 was enough for the Northern Irishman to secure a comfortable victory on eight-under ahead of Limerick’s Tim Rice.

“Great to get the win,” said McElroy. “Main goal this week was to qualify for the World Invitational and to get the win was fantastic.

“It was great to win here at Galgorm, a venue I know so well. This is first time this year I’ve been able to compete in front of family and friends.”

Forest Little’s Jack McDonnell finished a distant third on level-par. The Irish international who was overlooked for this week’s European Championships carded a three-over 73 while K Club’s Conor O’Rourke shared fifth place on two-over after a final round of 74.

But McElroy wasn’t to be denied, he was firmly in a league of his own and he is looking forward to a rare DP World Tour start next month.

“No real secret to my win,” he added. “I just grinded it out when I had to. I’ve hit a bit of good form recently. My driving wasn’t great this week but I managed to play smart golf and grind it out.

“Next up is a EuroPro event starting next Wednesday then a couple of Challenge Tour events after that and looking forward to getting back for the World Invitational in August.”

McElroy finished in the top-20 at last year’s World Invitational.

Rowan Lester shared 22nd on nine-over alongside Galgorm amateur Joshua Hill while JR Galbraith was a shot further back.