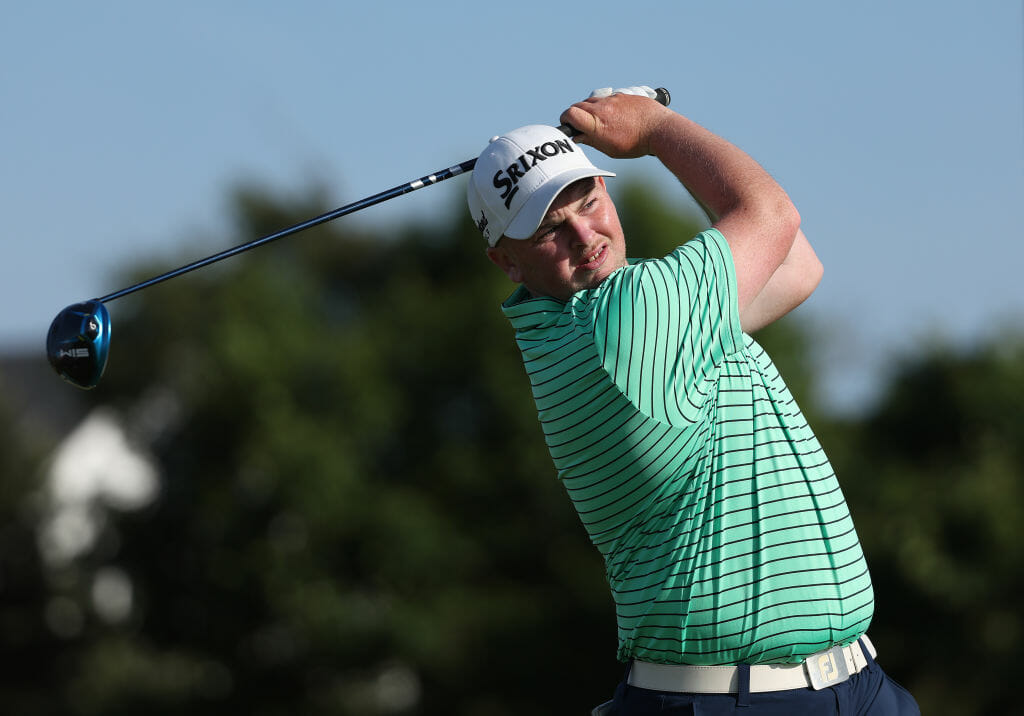 A stirring comeback from Ireland’s Men’s team was the highlight of Day 2 of the European Team Championships.

Playing at Royal St. Georges, the team started the day in 18th place out of 19 teams, but the two-day qualifying in eighth spot, ensuring hopes of lifting the title remain alive.

Five of Ireland’s six players shot rounds in the 60s, with Caolan Rafferty’s 65 the lowest of the day. Ireland will now play top seeds Spain in the Quarter-Finals.

The second round push was started by Kilkenny’s Mark Power who was fresh off a good showing at the Irish Open despite missing the cut. An early 67 from the Mount Juliet star set the tone for a stirring afternoon.

Malone’s Matthew McClean and Castle’s Robert Moran followed suit with rounds of 69 before Galway’s Liam Nolan went one better to leave the boys in green in the top-8 as things stood.

In Wales, the Women’s team finished in 13th spot, and will play the remainder of the competition on Flight B. Sara Byrne and Lauren Walsh both shot 78s but it was not enough to crack the top-eight.

There was heartbreak in Germany for the Boy’s team, losing out on the Quarter-Finals by one spot. Starting the day in eighth place, the dropped a solitary spot to miss out on Flight A by a single stroke.

In Iceland, the Girls’ team ninth place, despite an excellent 70 from Marina Joyce Moreno. Like the Women’s and Boy’s teams, the Girls’ will play the remainder of the competition on Flight B.