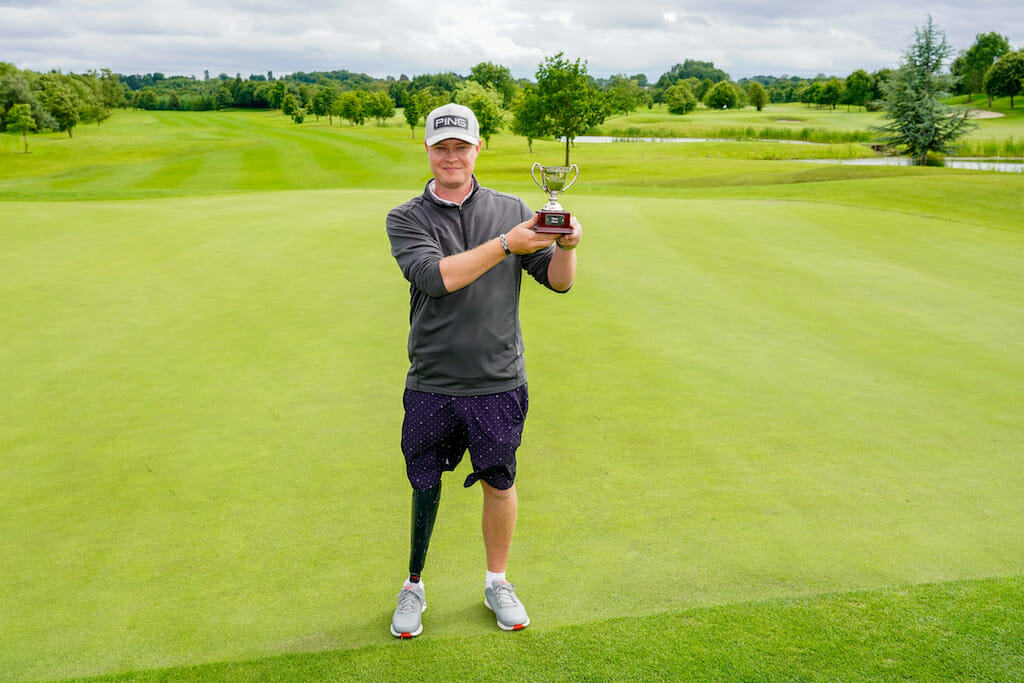 Bradley Smith is the inaugural champion of the Irish Open for Golfers with a Disability.

The England international finished the two-day event on +1, a shot clear of Ballinasloe’s Aidan Grenham.

Smith recently finished in second place behind Stone at the English Open for Golfers with a Disability, and he was delighted to win the title that cements his place in the top-10 of the EGDA rankings.

“Myself and Aidan had a really good battle today! We both played well. Overall, I’m very happy, especially to get some revenge on Conor after he won the English Open.

“I’m buzzing to have won. I played the G4D event last week in Mount Juliet and that was incredible. I was unsure whether to play this week! I’m glad I did.”

Despite a hole-in-one on the 17th, Ballinasloe’s Aidan Grenham finished a shot behind Smith, to be the leading Irish golfer of the week.

“I couldn’t hole a putt on the back nine at all, but was able to get it in the hole from 120 yards. There is pride in being the best Irish player of the week though.

“I knew going out that I’d need to start quickly to have a chance of beating Bradley. The swing wasn’t there, but I’m happy to get around with two 72s.

“Bradley is such a good ball striker. He’s incredible to watch, even with the same disability as me, despite him being amputated above the knee.”

Foyle’s Declan Burns won the Stableford (Net) competition. The Stableford format is for players competing with a Handicap Index of 18.5 or higher.  Burns finished on 75 points, three clear of Michael McKillop (Cushendall) and Wales’ Dylan Baines.