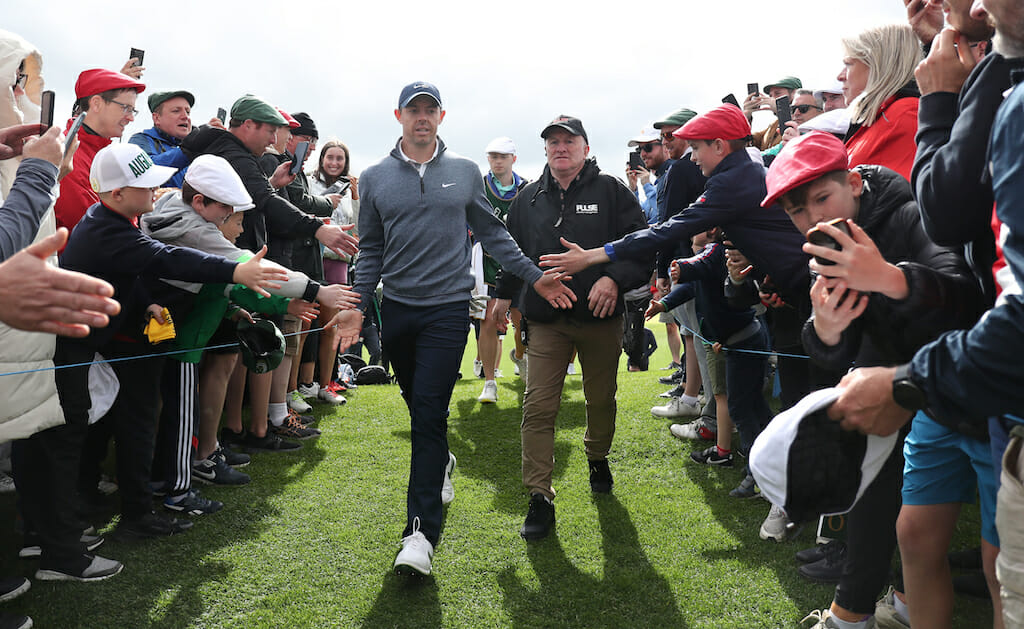 Rory McIlroy has announced that he will compete in the 2023 Horizon Irish Open at the K Club as he bids for a second home crown at the venue.

McIlroy has vowed to tee it up at the site of his only Irish Open title which he won in stunning fashion in 2016 when the tournament was staged in May.

Earlier this year, the K Club announced it would stage the Irish Open in 2023, 2025 and 2027 and Rory has confirmed his commitment early having missed last week’s edition in Mount Juliet.

“I’ll play the Irish Open next year,” McIlroy said at Adare Manor on Tuesday. “This year it was just going to be hard for me because I had already committed to four in a row in the States and then knowing that I was playing in this event.”

The four-time major champion drew widespread criticism for opting out of last week’s Mount Juliet showpiece after playing four events in a row on the PGA Tour while the star-studded JP McManus Pro-Am beginning the day after the final round of the Irish Open didn’t help his cause.

However, McIlroy feels that the decision he made with his scheduling gave him the chance to have the best of both worlds and he has already earmarked the K Club – where he is the defending course champion – as a key event next year.

“My attitude towards it is, okay I’m not playing the Irish Open but I’m still going be playing in Ireland around the same time and I’m going to try and go out there and play in front of the Irish fans,” he said.

“So they are still getting an opportunity to come out and watch me and all the others play. So that was my attitude this year. But next year I’m not going to do that four in a row stretch in June.

“So I will have a week off after the U.S. Open most likely and then I’ll come back and play at The K Club. That’s the plan,” added the world number two.