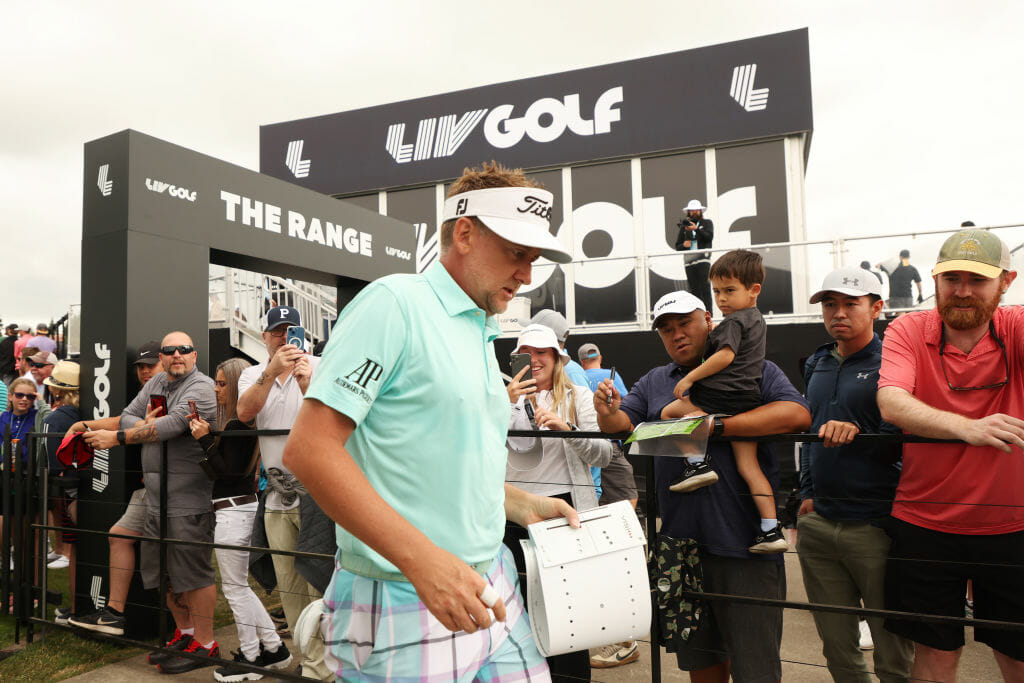 The ruling was approved by Sport Resolutions, a U.K.-based, non-profit global arbitrator, and declared that Poulter, Spain’s Adrian Otaegui and South African Justin Harding be allowed to tee-up in the $8m Rolex Series event at The Renaissance Club to the east of Edinburgh.

Naturally, the decision has infuriated the DP World Tour.

The Tour responded with a release stating the ‘decisions’ to allow the trio to LIV players to tee-up are “pending determination of their substantive appeals by an appeal panel in due course.”

Poulter was among over two dozen players fined $100,000 and banned from this year’s historic Genesis Scottish Open, along with two other events co-sanctioned by the PGA Tour (Barbasol Championship and Barracuda Championship), for violating tournament regulations and playing the first LIV Golf event last month without the required releases.

“We are disappointed by the outcome of today’s hearing,” DP World Tour CEO Keith Pelley said in a statement, “but will abide by the decision. It is important to remember, however, this is only a stay of the sanctions imposed, pending the hearing of the players’ appeal as to whether those sanctions were appropriate.”

Poulter spoke of his ‘disappointment’ in an article in the London Telegraph.

“I feel disappointed, I feel offended, that I’m suspended from playing on a tour I’ve been a member of for nearly a quarter of a century,” Poulter said.

“My commitment to my European Tour card was always to continue and play more events. But I’ve been told I can’t so I’m waiting to hear a panel’s review to see if I can go and play [in Scotland]. Hopefully, we can get it lifted.”

Poulter added that he didn’t know what the full consequences would be for playing the LIV events.

“We knew there would be some form of action but it was never spelled out to us, and I feel the action they have taken is too severely”.

In more news, Patrick Reed, an honorary life member of the DP World Tour, has had his Genesis Scottish Open entry removed for whatever reason that has not been made public. However, Reed did play last week in Portland and also indicated he has ended his PGA Tour membership.