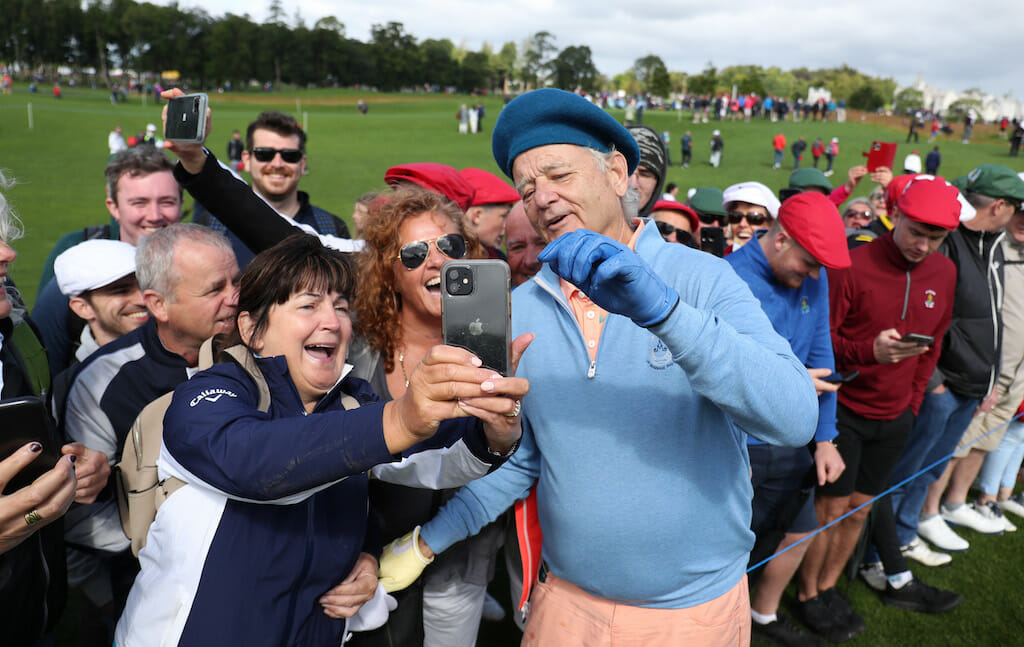 Hollywood Actor Bill Murray poses with a spectator during Day One of the JP McManus Pro-Am at Adare Manor on July 04, 2022 in Limerick, Ireland. (Photo by Oisin Keniry/Getty Images)

It remains to be seen whether this year’s sixth staging of the JP McManus Pro-Am will prove to be its last, but if the 2022 event does bring the curtain down on this iconic fundraiser, then what a way to go out!

The Golf Course at Adare Manor, redesigned with relentless precision by Tom Fazio, provides a grand stage for the grandest talents of the game to strut their stuff.

Tiger Woods will undoubtedly be the man on top of everyone’s wish-list, wanting to catch a glimpse of one of the game’s true greats, but with Scottie Scheffler, Jon Rahm, Jordan Spieth and Rory McIlroy amongst a plethora of world beaters lining out, there’ll be no shortage of groups to follow when the action gets underway on Monday, July 4th.

“It’s incredible to see how many players from across the world are coming to play in the Pro-Am and I would like to sincerely thank each and every one of them for offering up their time to help us raise money for charitable organisations in need,” said McManus.

As things stand, 9 of the world’s top-11 players will play in the Pro-Am, including 19 of the 24 who competed at last September’s Ryder Cup at Whistling Straits, with the likes of Dustin Johnson, Brooks Koepka and Shane Lowry joined by LPGA winner Leona Maguire, Patrick Cantlay, Rickie Fowler, Jason Kokrak, Sam Burns, and stars of stage and screen, Mark Wahlberg, Jamie Dornan, Niall Horan, plus many more.

All money received will go straight to the charity kitty for the Pro-Am which has raised over €140 million for the charity sector in Ireland’s Mid-West region and beyond since the first fundraising event was played in 1990.

“As always, this event would be nothing without the hundreds of volunteers who help us run it smoothly, so I also extend a sincere thank you to them,” McManus added.

“Finally, I would urge anybody holding a ticket cap who is planning to drive to the event to please visit our website (www.jpmcmanusproam.com) and pre-book either paid on-site parking, or the free park and ride from Limerick Racecourse.”

We know JP McManus is a betting man. One wonders what odds he’d take on that remarkable fundraising tally topping €200 million when it’s all said and done this year in Adare?

Whatever happens, further vast sums of money will be raised for special causes when Ireland’s premier parkland soon sets the world alight.