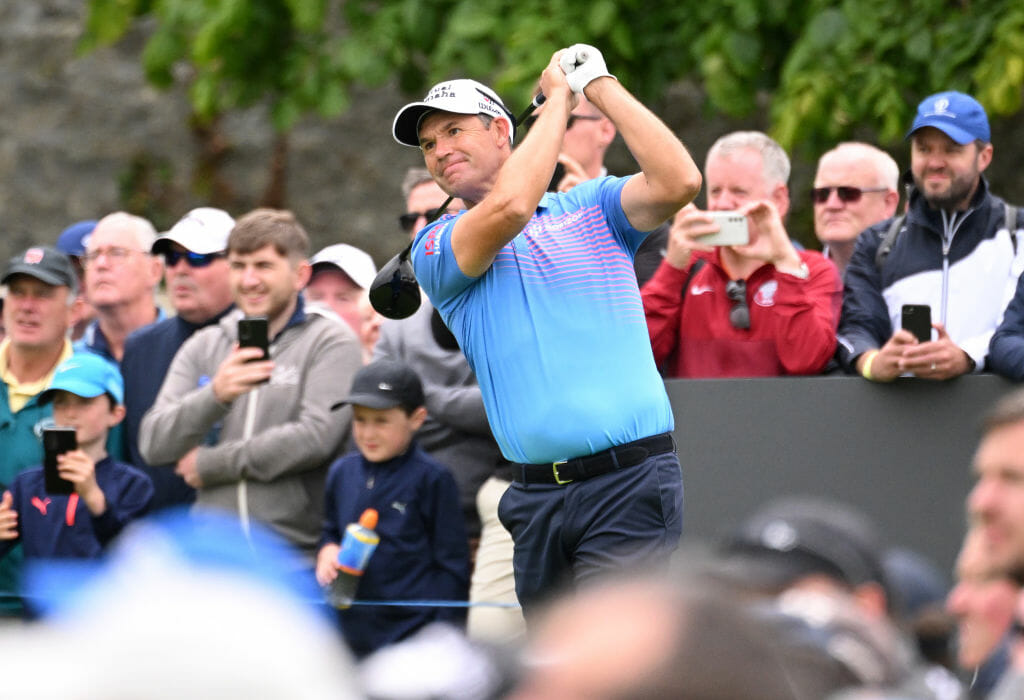 Like the horse that excited the stallion, Pádraig Harrington had the Irish fans giddy early on Sunday morning after six birdies in his opening eight holes brought hope of the most unlikely of title charges at the Horizon Irish Open.

Unfortunately, Harrington came unstuck on the tenth as he played the back nine in three-over to settle for a 69 and a seven-under total.

The 2007 Irish Open champion teed off a whopping ten strokes off the pace but roared out of the traps with five successive birdies to move to within five of the lead.

A birdie on the par-5 8th saw him turn in 30 and reach double digits with the packed gallery dreaming of a similar story on the back nine.

Harrington has achieved so much in his career and brought Irish golf to the next level in the 2000s. Three major titles, European Tour Order of Merit winner, Ryder Cup legend and Senior US Open champion. However, he was eyeing more accolades in Mount Juliet and a famous 59.

“I was honestly thinking of how hard it is to shoot 59! I was six-under after eight and I had to do that for the next eight. It was certainly going through my head. Winning? No. It was more about shooting that elusive 59,” explained Harrington.

“I was very happy to get the crowds going, they were very excited on the front nine and all the way through, there was plenty of drama and it’s nice to shoot six-under for eight holes and it shows what can happen when you hole a few putts.

There would be no 59 for Harrington meaning Oliver Fisher’s reign as the only DP World Tour player to shoot a sub-60 round is safe for another week at least, but he did enjoy a creamy 99 on his way around the course, although the apparent lack of a Cadbury flake has him concerned for his fellow ice-cream enthusiasts.

“I had a particularly nice 99 even though there is a shortage of flakes there was a nice flake in it as well, not sure if it was a Cadbury flake, it was very skinny. I question whether it was.

“Ronan ate his quite quickly, he had to work!”

Overall, the 50-year-old was pleased with his performance this week after his Senior US Open win despite his challenge coming unstuck on the par-5 10th when a poor layup to behind the cluster of trees from the fairway bunker ultimately cost him a double-bogey.

A bogey, birdie, bogey finish completed a rollercoaster round for the Dubliner.

“I missed the tenth off the tee and it’s a tough miss an easy four if you hit a good tee shot. A very narrow tee shot aiming left to not miss right, a tough tee shot. I played nicely all the way home. Bogeys at 16 and 18 weren’t from bad shots so pretty solid golf.

“I’ve been much better on the greens this week than I was last week, the ball has been rolling very nicely with no tension. Even the putt on the last I started it where I wanted to start it with no tension in the stroke,” explained Harrington who rolled in two 18-foot putts and a thirteen footer in his first five holes.

“This week was more of what I hoped last week would have been I see some very positive things in the putting. Maybe my future career is having some good and bad weeks on the greens and I will settle for that. I would really like it to be erratic if it was going to be good some weeks.