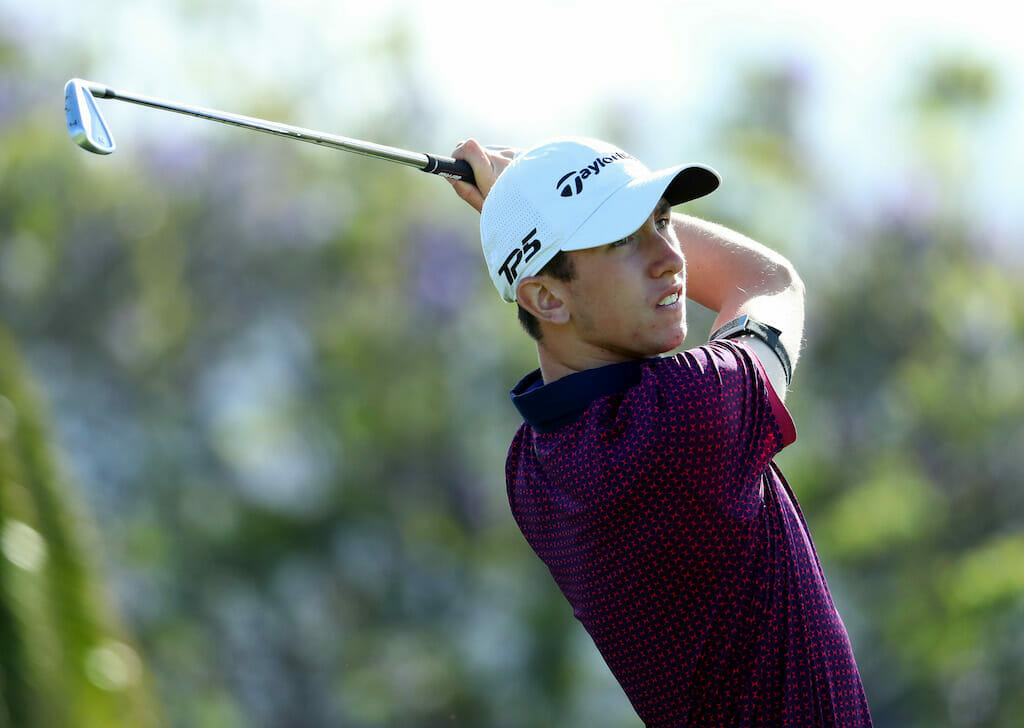 Holywood teen Tom McKibbin tied the lowest round of the field on the third day at the Italian Challenge Open to take himself one shot back of the lead heading into the final round on the Challenge Tour.

The Galgorm touring pro was at his sparkling best at Golf Nazionale in Viterbo, carding an eagle, seven birdies and three bogeys in a six-under 65 to move up to eight-under-par for the week and just a stroke back.

It looked like he would have more ground to make up after overnight leader Freddy Schott got to 11-under and two shots clear, but for the second day in a row the German suffered a disappointing finish as he ended his round with back-to-back bogeys to drop back.

A level-par 71 means he is tied for the lead at nine-under-par with Switzerland’s Benjamin Rusch and South Africa’s Jacques Blaauw, who carded rounds of 66 and 67 respectively on Saturday.

Rusch, like McKibbin, kept the pressure on with six birdies and just one bogey in his round of five-under, while Blaauw will also feel a degree of frustration as he had moved onto 11-under thanks to six birdies in his first 11 holes but back-to-back bogeys at the 14th and 15th means he shares top spot.

And lurking behind them is McKibbin, who may be a little annoyed with his own round after playing his front nine in just 30 shots after four birdies and an eagle at the par-five seventh, only to play his back nine in level-par as three birdies and three bogeys – all in the first six holes of his inward half – saw him back in 35.

However, the 19-year-old is right in contention heading into Sunday after a run of five missed cuts in his last six events and a first professional win is within his grasp if he can repeat his low scoring in round four.

It was a much tougher day for Ruaidhri McGee, however, who had a disastrous finish as two bogeys and a triple-bogey resulted in a three-over 74 that dropped him down the leaderboard into 36th.

The 31-year-old had been tracking well with two birdies and no dropped shots in his first 11 holes to position himself nicely, but a bogey at the par-three 12th preceded a brutal eight at the par-five 14th, and a closing bogey leaves him at two-under-par for the week.