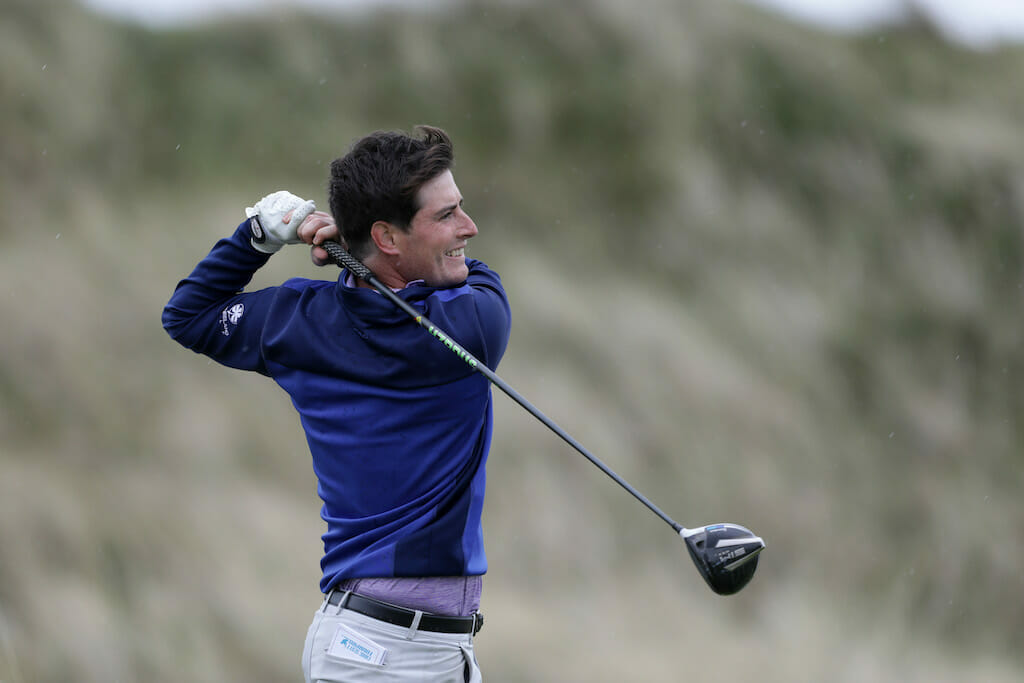 Ballymena’s Dermot McElroy came up just short in his bid to claim a second PGA EuroPro Tour victory as he finished runner-up at the PDC Championship in Romford.

However, he will likely be gracious in defeat as The Buckinghamshire’s Pavan Sagoo was in inspired form both on Thursday and in Friday’s third round to finish four shots clear to claim his first EuroPro Tour win at Abridge Golf Club.

The 26-year-old opened with a one-over 73 but set a new course record on Thursday with a 10-under 62 – his lowest-ever tournament round – and was one shot off matching that on Friday, with a nine-under 63 earning him the win with plenty to spare.

Indeed, Sagoo was able to bogey the first hole and still produce the utterly sensational round as ten birdies saw him pull clear of a bunched chasing pack and into the lead, which nobody could match.

Brandon Robinson Thompson came close as he reached 16-under with four holes to play, but back-to-back bogeys at the 15th and 16th saw him fall back into a share of second alongside McElroy after a six-under 66.

McElroy himself will rue a double-bogey early in his round, at the sixth, which stalled the momentum he had gathered with two early birdies at the fourth and fifth, but five birdies and one bogey on his way back to the clubhouse led to a four-under 68 and a share of second at 14-under-par.

It is another very impressive result for the Northern Irishman, who has finished in the top-11 in four of his six starts this season and will move into the top-five in the EuroPro Order of Merit with this finish, and he heads to the NI Open on Monday looking to seal a qualifying place for the ISPS Handa World Invitational.

It was also a good week for Limerick’s Tim Rice, who closed with four birdies and a bogey in a three-under 69 to secure his first top-10 finish since 2019 as he ended the week at 10-under-par and in a share of seventh.

Meanwhile, Whitehead’s John-Ross Galbraith ended his tournament with a third consecutive one-under 71 and at three-under-par, was in a tie for 33rd.