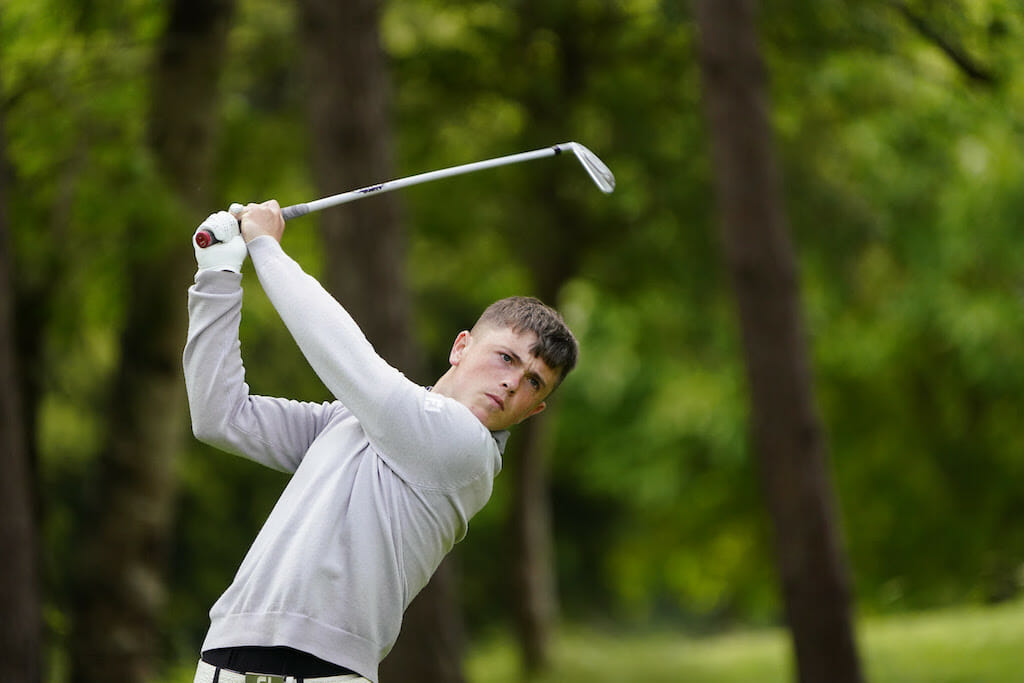 The match play brackets have been filled following 36 holes qualifying at the Irish Boys’ and Girls’ Amateur Close Championships at Kilkeel Golf Club.

O’Sullivan sat 3-shots adrift of the lead after the opening round but a sizzling 69 today meant that he would finish the same margin ahead of his nearest counterparts at the close of play.

The 3-under round for the Munster-man included eight 3’s, a trio of which came in the opening five holes. A mid-round lull was nicely recovered from with two birdies coming on the closing holes and O’Sullivan will now face Co. Louth’s Gavin Tiernan in the first round of Championship matchplay.

Overnight leader Tom Cafferky (Ballinasloe) added a 75 to his opening 74 to qualify in a tie for second alongside Cathal Penny of Athenry.

With rounds of 75 and 76 for a 3-over par total, Costello finished 2 shots ahead of Caoimhe O’Grady (Blackbush), Marina Joyce-Moreno (Club de Golf Llavaneras) and Molly O’Hara (Clandeboye).

The 14-year-old is in fine form, having set the course record with a 9-under par round at Castle Dargan just last week in the Connacht Women’s Championship. Katie Poots, who overcame Costello in a play-off at Castle Dargan, dropped into 5th place having led after the first round.

Costello will meet Foyle Golf Club’s Hannah Lee-McNamara in the last 16, however all competitors are sure to be keeping a close eye on defending Champion and recent AIG Irish Women’s Close Champion Beth Coulter (Kirkistown Castle), who sits on the opposite side of the draw and will face Kate Dillon (Oughterard) tomorrow morning.

The top 16 players from both events have progressed to the Championship matchplay with the next 16 players competing in the Plate brackets.