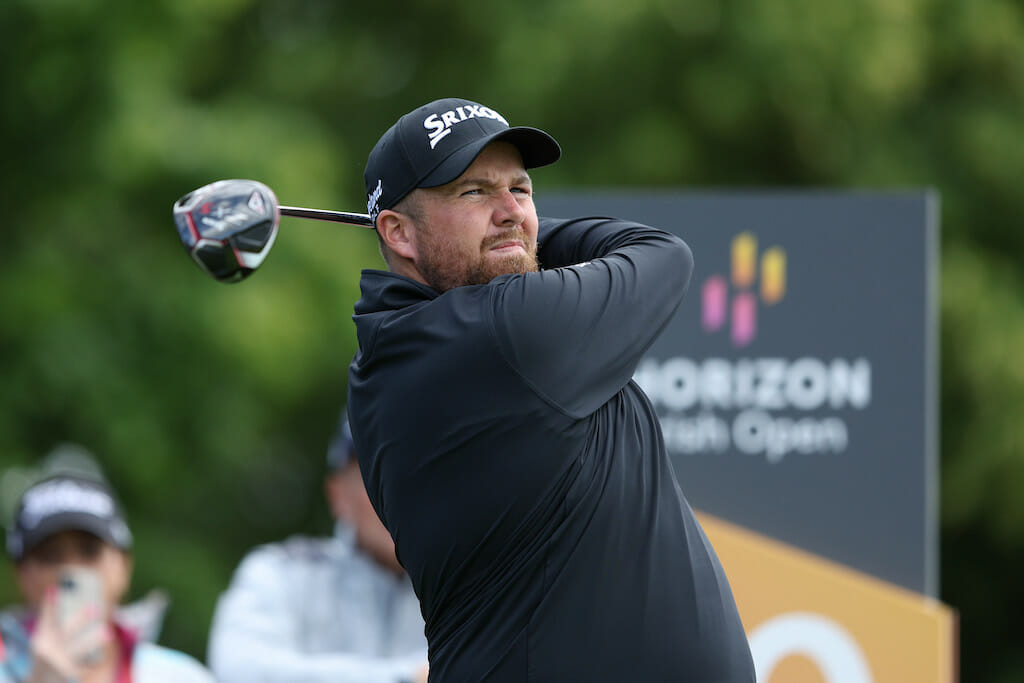 Shane Lowry believes the future of the Irish Open is in good hands under new sponsors Horizon but still insists its slot in the DP World Tour schedule needs to be looked at to attract more top players, especially Rory McIlroy.

Horizon have replaced Dubai Duty Free as the title sponsor of the event which is being held in Mount Juliet for the second successive year and they have raised the prize fund to €6 million, making it the sixth biggest event on the DP World Tour schedule.

However, McIlroy has decided to skip this event because of scheduling issues which have been used as a stick to beat the Irish Open with in recent years with many of the world’s top players opting to play the Scottish Open the following week in preparation for the Open Championship, something which still gripes with Lowry.

“I think obviously like co-sanctioned next week in Scotland is great, is great for both tours, because it’s great for the players that are coming over from the PGA TOUR to play there because they can make FedExCup points, it’s great for the DP World Tour players because they’re playing in a really big tournament,” explained the 2009 Irish Open winner.

“I think this tournament itself, you look at this week, we’ve got a great new sponsor, €6 million prize fund. This is one of the biggest tournaments on the European Tour all year.

“So I’ve heard the talk like it’s not about it being a co-sanctioned event. I think we always talk about the date, don’t we. We always talk about this date. Look, there’s no doubt about it, we don’t have the best field here this week. We have a few of the top players in the world, myself and Seamus, and we have Paddy coming back from winning the U.S. Open, which is great, but we would like to have a stronger field here, there’s no doubt about that.

“Personally, I do feel like the date could be looked at. We talk about this every year, and I’ve talked about it with the Tour every year, and we’d love to have the date where we can guarantee Rory coming back and playing here every year, what works for his schedule because at the end of the day, we do need to acknowledge what he’s done for the tournament and what he needs to do to get ready to play his majors because that’s what it’s all about for him at the moment.

“So I think the date could probably be looked at. But I’m not working for the Tour or behind the scenes. I don’t really know what goes on into having tournaments at certain dates. There’s nothing much else I can say about that.

“But I think we’re here this week.  We’ve got a great new sponsor guaranteed for the next six years.  I’ve played with the CEO, a lovely man.  Seems very involved and wants to grow the tournament and make it like a festival for Irish golf. So I think we’re in good hands going forward.”

The Clara native will have the bulk of the Thursday and Friday crowds lining the fairways after he was grouped with Tyrrell Hatton and compatriot Seamus Power who is making his fourth home appearance.

Power has enjoyed a meteoric rise in the last twelve months including a maiden PGA Tour victory and three top-30 finishes – including a top-10 at the PGA – in his first three major championship starts and Lowry is backing the Waterford man to progress even further and maybe become the next Irishman to make the major breakthrough.

“I’ve known Seamus a long time, and I’ve played amateur golf with him, boys golf for Ireland with him, and I’ve seen him around the PGA TOUR a little bit a few years ago, and then all of a sudden he’s figured out a way to get to that next level that it takes to get into the top 50 in the world.

“It’s great for him and great for Irish golf, and a place like Waterford, to have someone like that. And the two of us have started together and we went different ways and we ended up in the same place. That’s pretty cool. The fact that we’re going out and playing the first round of The Irish Open tomorrow as two of the marquee players is actually is pretty cool for us.

“And, yeah, I’ve got to know him very well, and he’s a great lad.  Just a normal country Irish lad that happens to be good at golf, a bit like myself.

“Yeah, it’s great, great for Ireland, great for the game of golf.  Nothing has come I’m sure, like myself, without the hard work and everything that him and all his team and everyone has put in behind the scenes. So it’s a credit to him and everyone involved.

Lowry plays alongside Power and Tyrrell Hatton for the first two days. The trio get underway from the 10th tee at 8am Thursday.