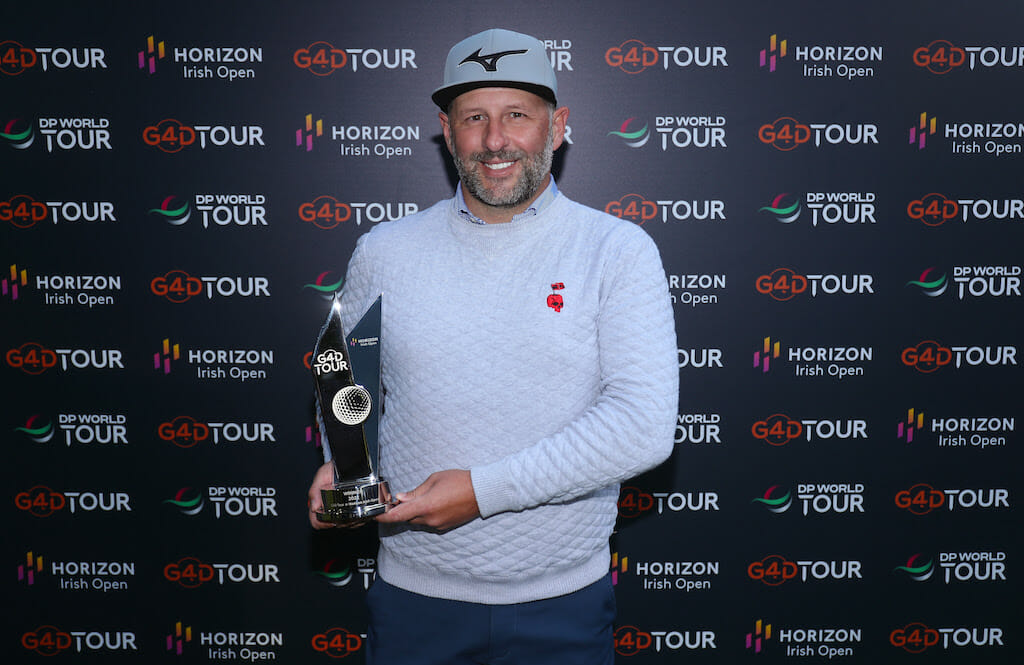 Mike Browne claimed his first G4D Tour victory as he cruised to a four-shot win at the G4D @ Horizon Irish Open.

The Englishman had carded a brilliant 70 to record the only under-par score on day one and he followed that with a 74 to finish level par at Mount Juliet Estate, with Spaniard Juan Postigo Arce his closest challenger.

G4D Tour debutant Bradley Smith finished seven shots off the lead in third place, one stroke clear of fellow Englishman Kipp Popert – who had won the opening two events of the season – and Italian Tommaso Perrino.

Browne had finished seventh and fourth in the season’s two previous events and felt his mental game and his putting were the keys to getting over the line in County Kilkenny.

“It’s an amazing feeling,” he said. “I’m on top of the world at the moment, that’s how I feel. I don’t think it’s quite sunk in as to what’s going to happen after this for me but I’m absolutely over the moon.

“I’ve worked on my mental game a lot in the past two or three weeks. The game has always been there but on the greens this week, I don’t think I had one three-putt, and I holed some nice putts as well so that was key.”

After a delay of more than seven hours due to the weather, Browne – ranked seventh in the World Rankings for Golfers with Disability – made bogeys on the first, third and sixth but steadied the ship with back-to-back gains on the ninth and tenth before dropping a shot on the 12th.

“I got off to a very shaky start but I sort of had an inkling what was going on,” he said. “I looked at the scoreboard maybe once around the fourth or fifth because I had a few holes to start that weren’t so good but I settled down then, got some birdies back and did the job.

“I was very nervous, this is my first time leading such a big event so the nerves got me to start with and then once we settled down the caddie helped me out, thanks to Dave, he’s done an amazing job.”

World Number One and local favourite Brendan Lawlor carded a second consecutive 77, with the highlight an eagle at the par-5 10th, to finish alongside Swedish debutant Rasmus Lia in a share of sixth.

The third event on the G4D (Golf for the Disabled) Tour took place ahead of the Horizon Irish Open, with ten of the world’s best golfers with a disability taking on the same setup as the DP World Tour competitors later this week.

The next G4D Tour event will take place from August 8-9 with G4D @ ISPS HANDA World Invitational at Galgorm Castle in Northern Ireland.