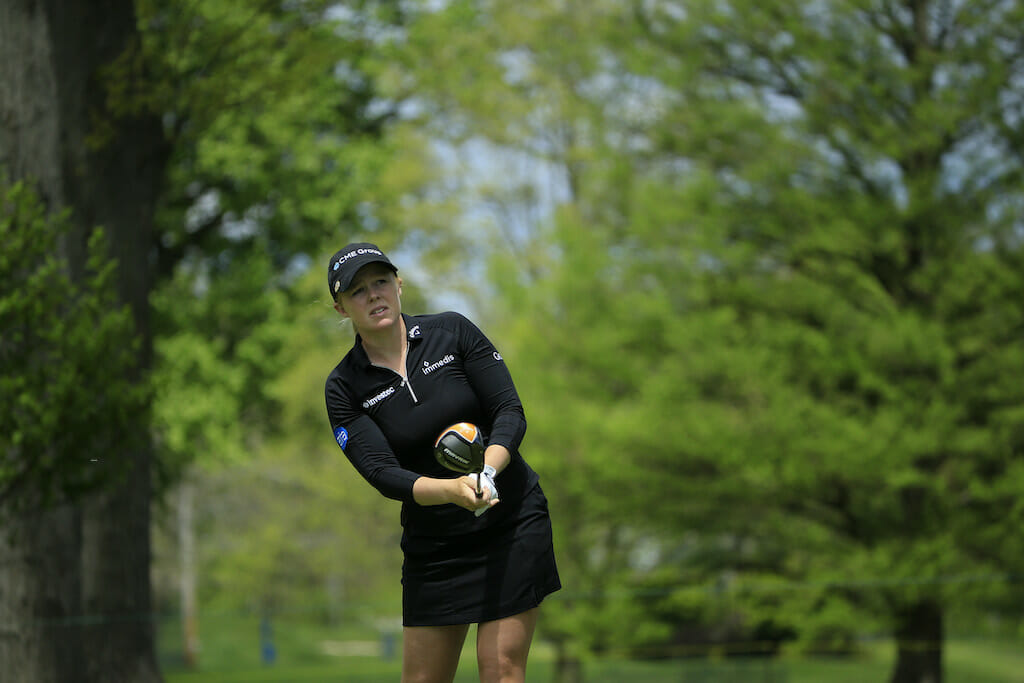 Stephanie Meadow is being backed to win her first LPGA title this year following her eye-catching performance in the KPMG Women’s PGA Championship at the weekend.

The Jordanstown native finished in a tie for 10th after South Korea’s In Gee Chun held on to win the title by a single shot.

The County Antrim woman scored a final round 74 to finish on level par overall, five shots behind the eventual winner and while she narrowly missed out on making the top 5, she is now being backed for an LPGA tour breakthrough.

BoyleSports had chalked Meadow up at 12/1 to win an LPGA title before the end of the year, but she is now just 11/2 following her performance at Cogressional, while the 30-year-old is a 50/1 shot in the betting to win a major this year.

Sarah Kinsella, spokesperson for BoyleSports said: “Stephanie Meadow secured a brilliant top-10 finish in the Women’s PGA, her best finish in a major since her third place at the 2014 US Open. We have seen a massive rise in bets being placed on her to snatch a LPGA title this year with those chances sinking into 11/2 from 12/1, so confidence is clearly growing that she’ll shed her maiden tag this year.”