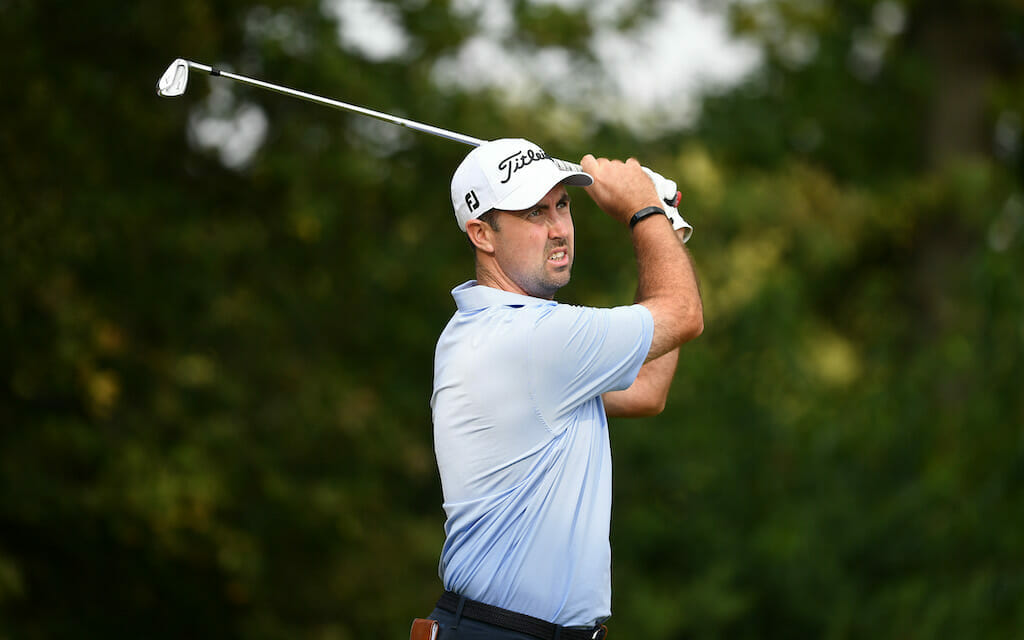 Niall Kearney hopes to have his game primed for action knowing just how big an impact a successful week at the Horizon Irish Open could have on his wider DP World Tour ambitions.

Despite improving his status ahead of the 2022 campaign, Kearney has seen his Main Tour starts limited to just six, though he made the cut in all but one.

The Royal Dublin star’s most recent showing of T15 at the BMW International Open matched his best finish prior to that at the Soudal Open. So the story thus far reads, when opportunity knocks, Kearney answers, but this week’s $6 million prize fund is by far the biggest he’s played for this season and the riches on offer aren’t lost on a confident Kearney.

“It’s great to be here and nice to be playing well,” said Kearney after nine holes of practice on Tuesday.

“I played decent last week but it’s a totally different test this week – different greens, different grass, the weather was perfect, but the wind is forecast to die down through the week and my confidence is quite high.

“I’m playing well this year when I’ve had opportunities so I’ve just got to try and take this one – this is a big one.”

Exactly what Kearney and playing partners Paul Dunne, Ashun Wu and Alex Fitzpatrick would’ve learned in a strong breeze on Tuesday remains to be seen. The course was sopping after heavy rain all morning but one thing’s for sure, the rough is to be avoided for a would be winner.

“It’s soaking wet, isn’t it, but I think it should dry out between now and Thursday so hopefully I can get some nice practice in, play nine holes in the Pro-Am and start fine-tuning going into Thursday,” Kearney said.

“I played pretty well here last year – finished one-under for the two rounds I played. But you can see the test in front of you this week, especially with the way the rough is this year.

“You’ve got to hit 15, 16 greens a round to give yourself a chance because chipping and putting out of the rough is going to be very difficult.”

Kearney ranks 12th on tour in greens in regulation so far this season and he’ll be hoping to keep that momentum going as he looks to feature before home crowds with a sold-out weekend in store in Kilkenny.

“Last week was great, we had 10 or 15,000 a day but it could even be double that here which will be great. That’s what we play for and hopefully everybody will get the weather for what should be an exciting week.”

Kearney plays the first two rounds in the company of English pair Marcus Armitage and Andy Sullivan. They tee off from the 10th tee at 8.40am Thursday.