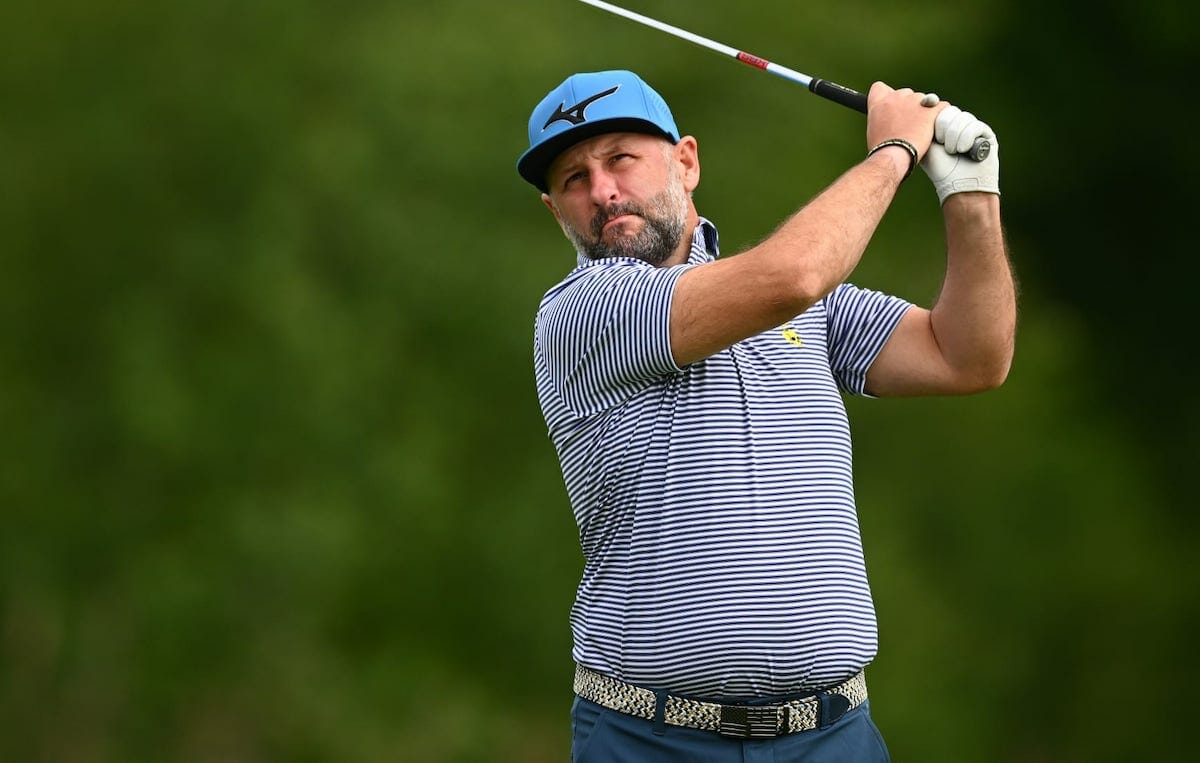 Mike Browne was “over the moon” as he opened up a commanding three-shot lead heading into the final round of the G4D @ Horizon Irish Open.

The Englishman, who had finished seventh and fourth in the season’s two previous events, fired his best score of the campaign by five shots with a round of 70 to move to two under par at Mount Juliet Estate.

Browne was the only player to shoot under par on day one, with Swedish debutant Rasmus Lia his closest challenger, one shot clear of Spaniard Juan Postigo Arce.

“I’m over the moon, the course here at Mount Juliet is just unbelievable and it just suited me today,” he said.

“I rolled in a few nice putts and made some up-and-downs and we had a good score going. “My caddie Dave, he spent all morning getting (wind) directions, we’ve never really done that before and it worked.

“We worked on some putting and it worked so I’m really happy with it.

“Same game plan, I’m still going to stick to my targets because I think the weather is going to change and it’s not going to be so nice. I’ll stick to the strategy we’ve got because it seems to be working.

“The weather might change a few things but overall I’m happy with it.”

Another debutant in Bradley Smith was at three over par, one shot clear of Kipp Popert – who won the first two events of the season – and two ahead of local favourite and World Ranking for Golfers with Disability (WR4GD) Number One Brendan Lawlor who struggled to a +5 total of 77.