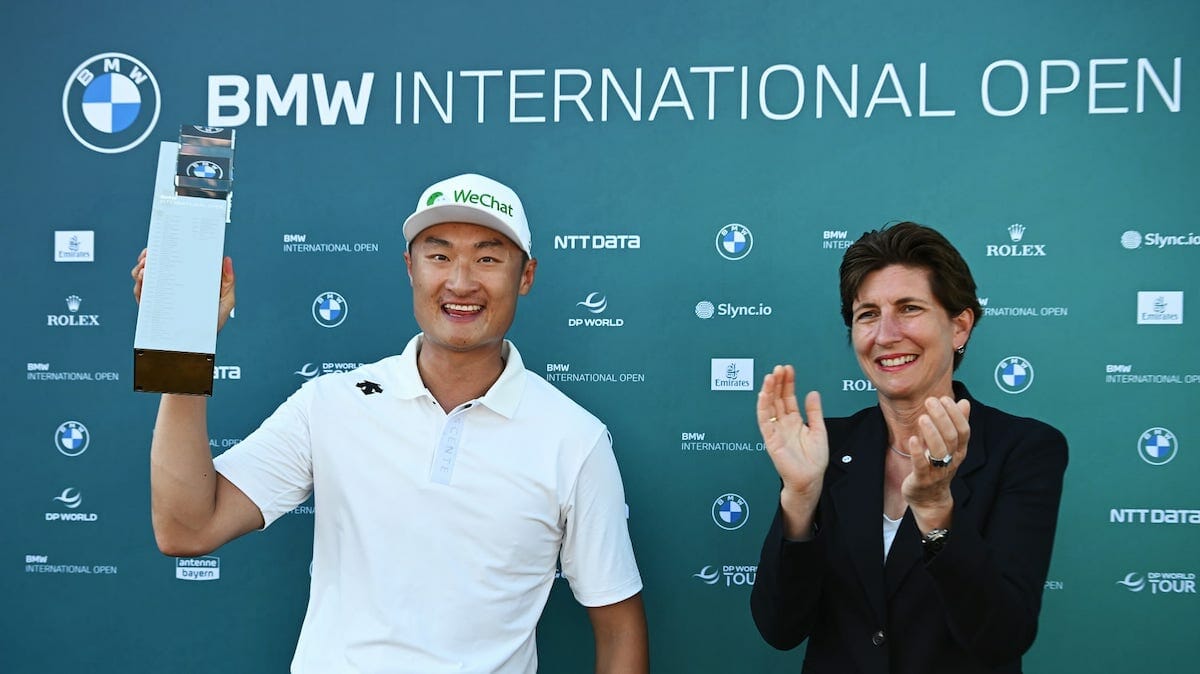 Royal Dublin’s Niall Kearney tied his best finish of the DP World Tour season as he ended the week in a share of 15th at the BMW International Open where an emotional Haotong Li claimed his first win in four-and-a-half years in a dramatic play-off against Thomas Pieters.

Kearney closed with four birdies and a bogey in his final round for a three-under 69 at Golfclub München Eichenried to end his week inside the top-20 at 13-under-par for another boost in his bid to keep his card for next season.

With only his second top-20 finish of the season, the 34-year-old is projected to move to 159th in the Race to Dubai rankings needing to break into the top-125 to secure his status for next year.

Meanwhile, Li collapsed with emotion after he secured an enthralling victory in Munich, the Chinese star throwing away a three-shot overnight lead over Pieters to be taken to extra holes after both finished at 22-under-par, but he would hold his nerve to triumph in incredible fashion.

Li’s two-under 70 looked to have been enough as he birdied the 16th, after just clearing the water hazard off the tee, and 17th to take a one-shot lead to the 72nd hole at 22-under, but Pieters birdied the last – his seventh of the round – for a five-under 67 to match him and force the play-off.

With both players beside the par-five 18th green in two on the first play-off hole, Pieters applied the pressure by playing a nice bunker shot close, and Li looked to have blown his chance when he thinned his chip well past the pin and down a slope.

But the now three-time DP World Tour winner produced a clutch putt, draining a 40-footer for birdie which he celebrated with an emphatic fist-pump, and when Pieters’ putt to extend the play-off drifted by, Li fell to the floor in floods of tears.

After missing 14 cuts last season, and four-and-a-half years since his last win in Dubai, the World No.281 admitted he nearly quit the game due to a loss of form and summed up his turnaround in fortunes as “f***ing golf, man” in his post-round interview on Sky Sports.

Li said: “I never thought that one day I would have a trophy in my hands again. It’s a dream come true.

“Thomas (Pieters) played great all day. My putter wasn’t as hot as yesterday. Golf, this is golf.

“Sometimes things go your way, sometimes not. I’m just so happy to finish on 18 like that. “Somehow I thought that I would make that putt (in the play-off). I don’t know how I made that stroke, how the ball went in the hole, because at the end of the day the greens were very bumpy. You just never know.

“No-one knows how much I have gone through over the last couple of years. Ten months ago I nearly decided to not play golf. I thought I couldn’t play golf again. “Ten months later, right now, holding a trophy. If someone told me ten months ago I would win again, I wouldn’t believe that.

“I didn’t realise I could be that emotional. Maybe just because I never thought golf could be that tough. “Through a lot of tough times, I realised how good that feeling is to play good again.”