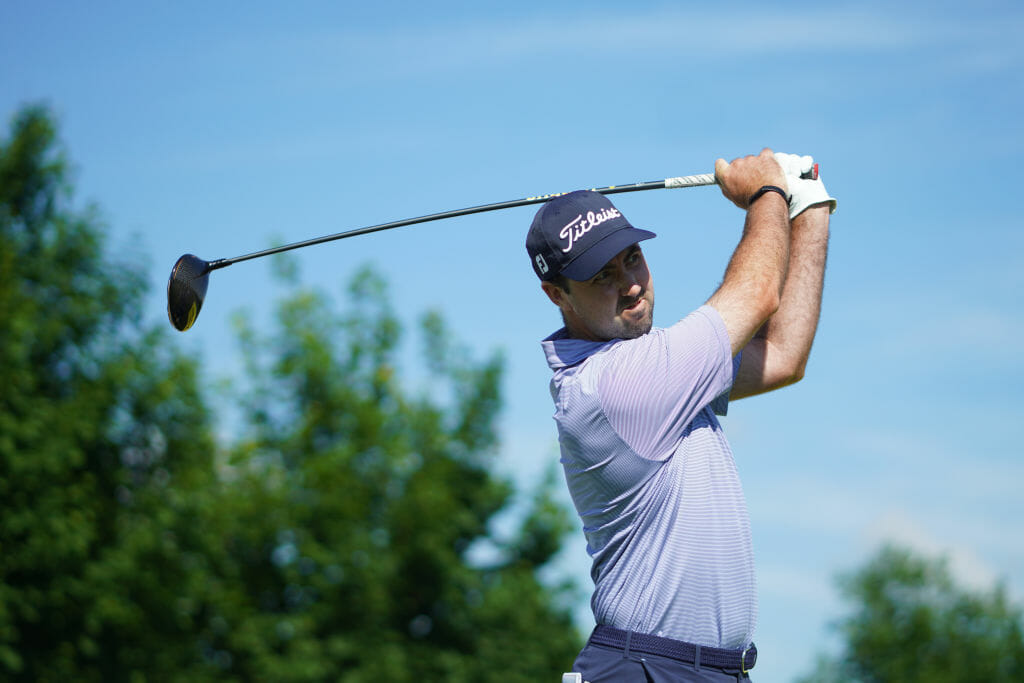 Niall Kearney moved himself into position to record his best finish on the DP World Tour this season after a superb second round at the BMW International Open at Golfclub München Eichenried in Germany.

Having just scraped in for the weekend, the Royal Dublin man carded seven birdies and one bogey in a six-under 66 to rocket up the leaderboard into a share of 21st at 10-under-par for the week heading into the final round.

While he may be too far back to mount a challenge for the title, with China’s Haotong Li three shots clear of the field at 20-under-par, therefore ten shots ahead of Kearney, the 34-year-old could still pick up his best result of the year with another big day.

Kearney’s best finish in 2022 has been tied-15th at the Soudal Open but with another performance like he produced on Saturday he will be well positioned to eclipse that and potentially return to the top-10 for the first time since last August’s Hero Open.

The Dubliner actually started poorly with a bogey at the par-four third, but he was excellent from that point on as he noted down birdies at the fourth, sixth and eighth before the turn, before adding four more on his way back to the clubhouse at 11, 13, 16 and 18.

Meanwhile, Li looks well placed to end his four-year wait for a win as a second consecutive five-under 67 moved him three strokes clear of Belgium’s Thomas Pieters at 20-under-par for the week with one round to play.

The Chinese pocketed a chip-in eagle and six birdies to open up an impressive lead, although it’s yet to be seen if a closing bogey – one of three in his round – at the par-five 18th may yet prove costly on Sunday.

If anyone takes advantage then it looks to be Pieters, who manoeuvred into second with a bogey-free 66 that took him up to 17-under-par, with a 67 from England’s Jordan Smith taking him up to 16-under and into solo third.