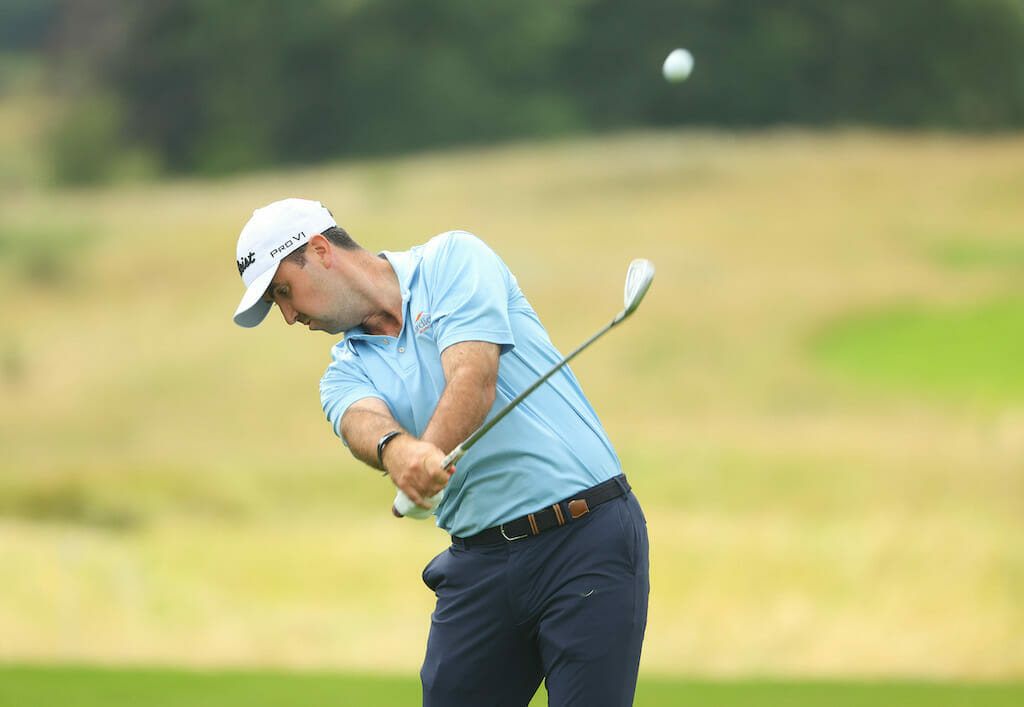 Niall Kearney birdied three of his last five holes to move into the weekend rounds of the BMW International Open.

The Royal Dublin pro birdied three straight holes from his 14th hole on Friday before signing for a four-under 68 and moving into a tie for 50th at four-under.

It wasn’t such a good day for Jonathan Caldwell and Cormac Sharvin who would’ve been hoping to build some confidence ahead of next week’s $6m Horizon Irish Open at Mount Juliet but the pair failed to find forward gears as those at the top of the leaderboard found scoring relatively straightforward through 36-holes at Golfclub München Eichenried.

With Haotong Li out in front at 15-under par, the Irish duo sadly went into reverse with Clandeboye’s Caldwell missing the cut at five-over after rounds of 75 and 74 while Ardglass pro Sharvin’s woes continue as he fell to a nine-over par two-round tally.

At the top, Li Haotong will take a one-stroke lead into the weekend at Golfclub München Eichenried.

Seeking his first DP World Tour win since the 2018 Dubai Desert Classic, Li, from China, followed up yesterday’s course-record equalling ten under par round with a five under 67 for a 15 under par total.

New Zealand’s Ryan Fox, already a winner this season at the Ras Al Khaimah Classic, is bogey-free through 36 holes in the Bavarian state capital as he carded an eagle and six birdies, with his last gain of the day coming on the 18th hole to move to within a stroke of Li.

Daan Huizing is two strokes further back on 12 under par after a three under round of 69, following on from yesterday’s nine under 63. In a share of fourth are 2016 Ryder Cup star Thomas Pieters and Englishman Jordan Smith, who is seeking a second DP World Tour win on German soil, on 11 under par, while Maximilian Kieffer leads the home charge in solo sixth on ten under par