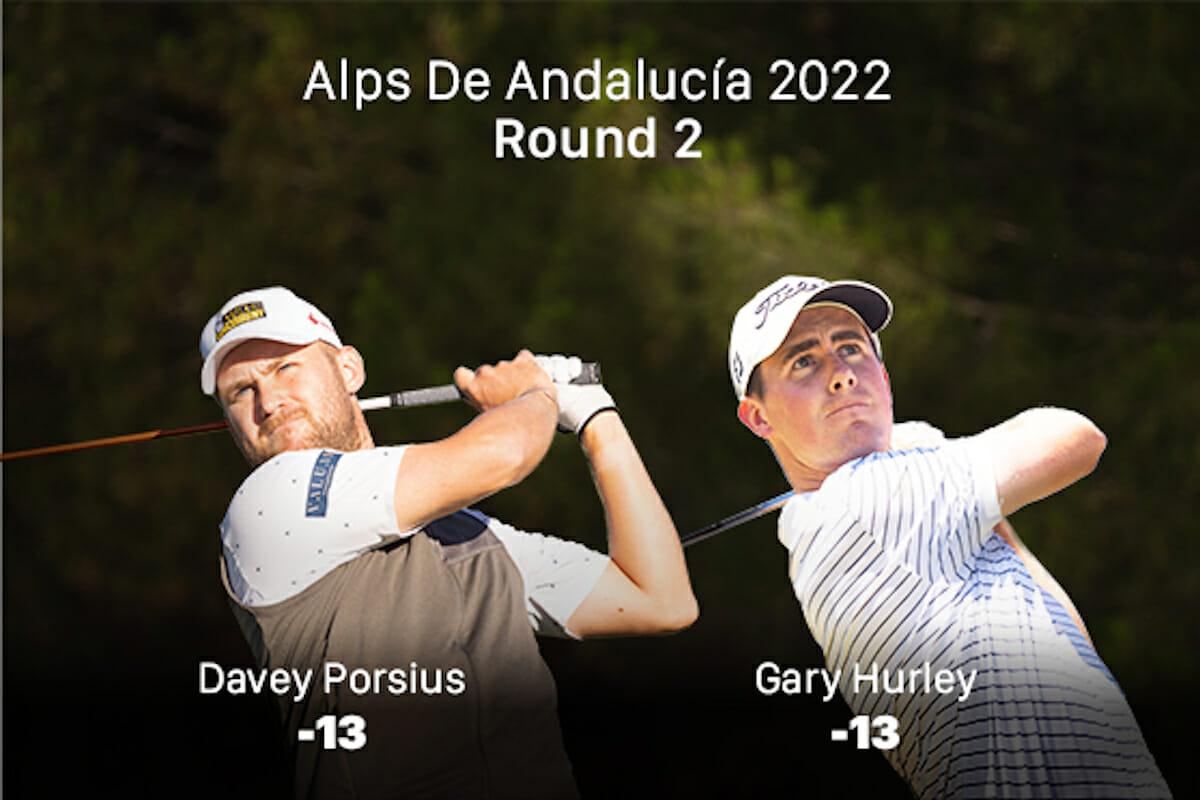 Gary Hurley shot a superb second round of eight-under 64 to grab a share of the lead heading into the final round of the Alps de Andalucia in Spain.

The Waterford native is level with Dutchman Davey Porsius on thirteen-under, four clear of the chasing pack.

Hurley who is the ambassador for Saadiyat Beach Golf Club was bogey-free in his second round as he carded eight birdies.

The highlight of the round was four birdies in five holes before the turn to kickstart the round before he finished with a flourish, picking up birdies on the 15th, 16th, and 18th.

The former Walker Cup player was pleased with how he handled the changing wind direction and is keeping an open mind tomorrow as he bids for his first win at this level.

“The course conditions were different today, the wind was completely different, and it switched back to yesterday’s wind when I had a few holes left. Obviously playing in the morning, I had less wind, yesterday was very windy during my round. I’ve been playing very steady the past 2 days.

“I’m happy with my execution of some of my shots so it’s a good two days.” When asked about his approach into tomorrow’s final round, Hurley explained: “I’m not going to do anything much different tomorrow than the past two days.

Darwin Escapes golfer David Carey is in a share of 15th on five-under-par but he lost ground after a level-par 72.

Jonathan Yates made the cut in stunning style with a superb six-under 66 including a birdie on the 18th to move to two-under and make the cut on the number.

The Naas professional was ten shots better than his opening effort and will be looking to build on his momentum and finish the week on a positive note.