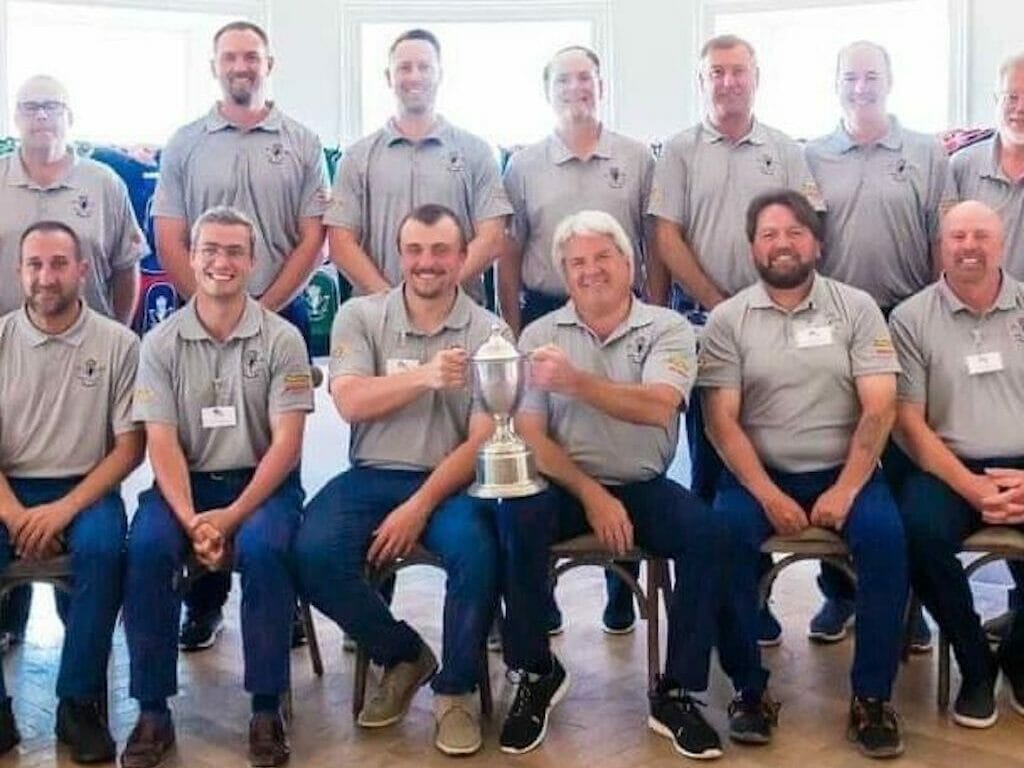 Team USA have claimed the International Kings’ Cup on a scoreline of 602-550 in Glasson Golf Club.

The three-day tournament saw Ireland face-off against America in a Ryder Cup style format with the event played in honour of the great Arnold Palmer.

It is the second successive year the stars and stripes have prevailed in Glasson and it completes a hat-trick of wins in the contest.

The visitors established a sizeable lead after the fourball and foursomes both of which they won 159-129, leaving Ireland needing a remarkable comeback to deny their opponents.

The team in green did rally in the final singles session winning seven of the sixteen matches to narrowly win the session 292-284 but it wasn’t enough to deny the States.

Gerry Mernagh came from 2 down to beat Phil Smith 3&2 while Edmund Ryan and John Ryan had comfortable 4&3 and 4&2 wins in the afternoon.

In the middle of the pack John Morissey and Adam Gibson registered wins for Ireland with Morissey running out a 3&1 winner over Kevin Moreno and Gibson 2&1 over Thomas Solitario.

A par on 18th gave Hughie O’Shaughnessy a brilliant 1UP win over Jon Nugent while Jamie Tennyson romped to a 6&4 victory against Tom Ernster.

Ireland will have to wait until next year at least to notch their first King’s Cup title since 2018.