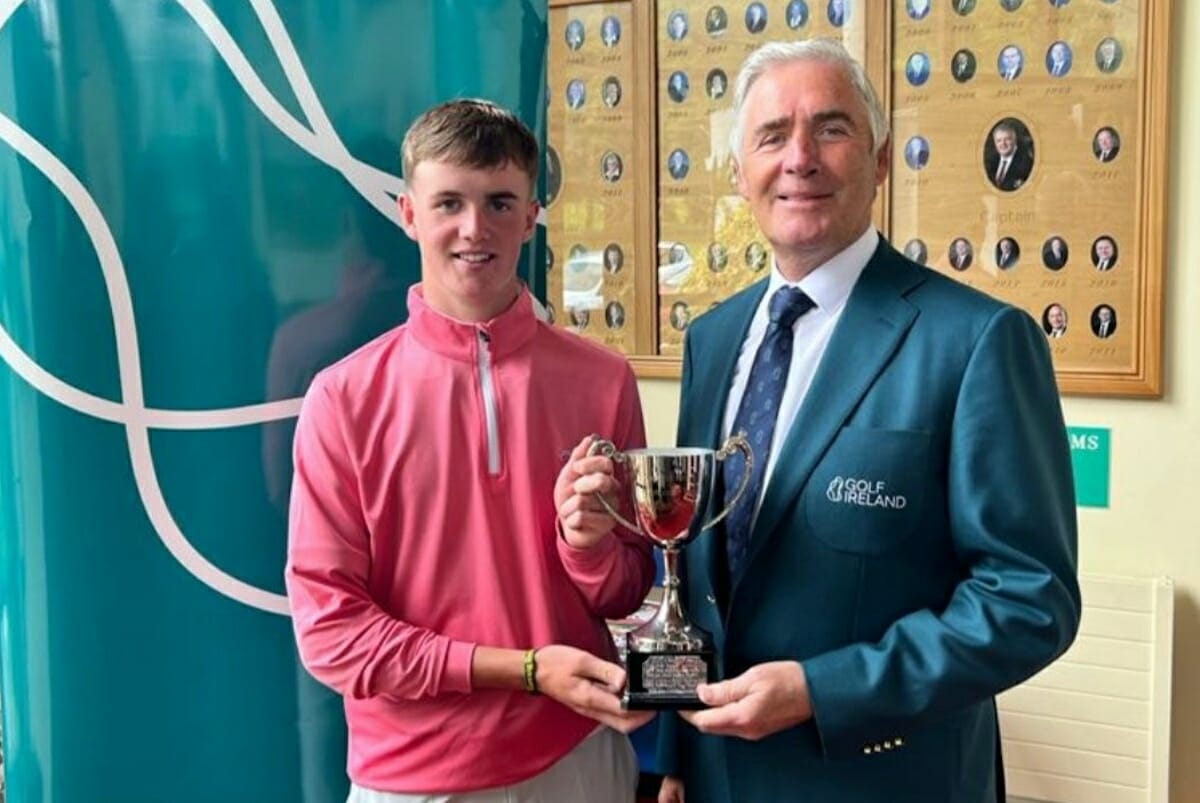 The 15-year-old shot a final round of 67 to win by four strokes on one-under-par.

Murphy who had to catch overnight leader Charlie Smyth of Slieve Russell shot an opening round of 74 to lie on three-over for the championship but he rallied in the final round carding six birdies as he soared through the field.

The Leinster Boys champion was six-under through ten holes of his second round after birdies on the first, a hat trick on 4, 5 and 6 and a brace on nine and ten.

Despite two dropped shots on the 14th and 16th he had enough leighway to hold off Sean Keeling of Roganstown, Sean Cooper of Enniscorthy and Tullamore’s Evan Monaghan who shared second on three-over.

Keeling who raised a few eyebrows with a stunning 65 in Monday’s Open Championship Regional Qualifier at Baltray shot a final round of leve-par 71 while Cooper shot a 73.

Monaghan who trailed close friend Smyth by the minimum after the opening round saw his challenge fade with a four-over 75 for a three-over total.

Smyth who dazzled with a superb opening round of 69 backed it up with a 77 to share 5th place.