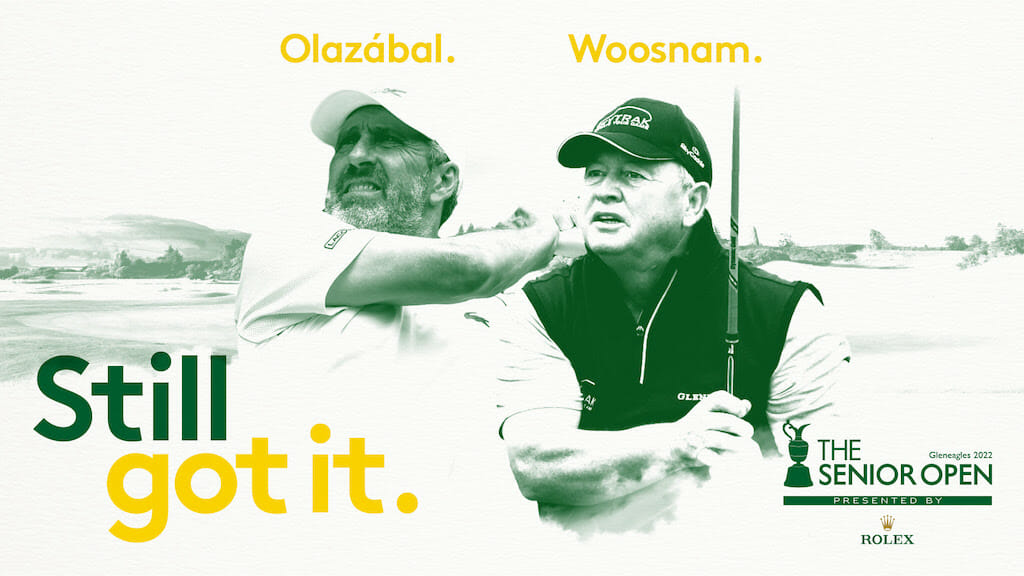 Ian Woosnam and José María Olazábal, past winners of the Masters Tournament, will tee it up in The Senior Open Presented by Rolex from July 21-24, 2022.

Two-time winner Olazábal and 1991 Champion Woosnam will join a star-studded field when Europe’s only Senior Major Championship heads to Perthshire for the first time during an incredible Scottish summer of golf.

Woosnam, who won his Green Jacket the week after moving to the top of the Official World Golf Ranking in 1991, has 29 DP World Tour victories to his name, included two triumphs on the King’s Course at Gleneagles.

The Welshman won three Scottish Open titles in a distinguished career at the top of the game, two of which came at Gleneagles in 1987 and 1990, as he became a trailblazer for European golf and a mainstay of the

European Ryder Cup team, making eight appearances for Team Europe before leading the team as Captain at The K Club in 2006.

“Scotland is the Home of Golf and I think it is going to be a really special week at Gleneagles next month,” he said.

“I’ve got some incredible memories of Gleneagles, having won on the King’s Course twice early in my career.

Those Scottish Opens were really memorable events and the King’s is a brilliant championship course, both for us players and for spectators.

“The field is shaping up brilliantly and it will be a real treat for all the fans to come out and see some of the best players in over-50s golf.”

Spaniard Olazábal, who won two Green Jackets in 1994 and 1999, has 30 professional titles to his name and has represented Team Europe on seven occasions, before captaining the European side to victory in the Miracle at Medinah in 2012.

“I have always enjoyed playing golf in Scotland and I’m sure next month will be no different,” he said.

“One of my earliest victories came at the 1983 Boys Amateur Championship just up the road from Gleneagles, so it will be really special to go back there.

“The Senior Open Presented by Rolex is a fantastic championship, steeped in history, and it is always an honour to tee it up. I am sure the Scottish golf fans will make it a week to remember and will contribute to a memorable week at Gleneagles.”

Tickets to see the world’s best over-50s golfers in action at Europe’s only Senior Major Championship are on sale now.

Ticket prices for The 2022 Senior Open Presented by Rolex start at £20 for Wednesday’s practice day, while season tickets, offering access to all four Championship days at Gleneagles plus the practice day, are priced at £110.

Tickets can be purchased by CLICKING HERE and it is recommended to buy tickets in advance due to the high demand for the tournament and the limited capacity on-site.

Hospitality experiences are also available this July, offering the chance to soak up the Gleneagles atmosphere in style, please follow this LINK for more information.