Fast finish moves Moran to within six at European Championship 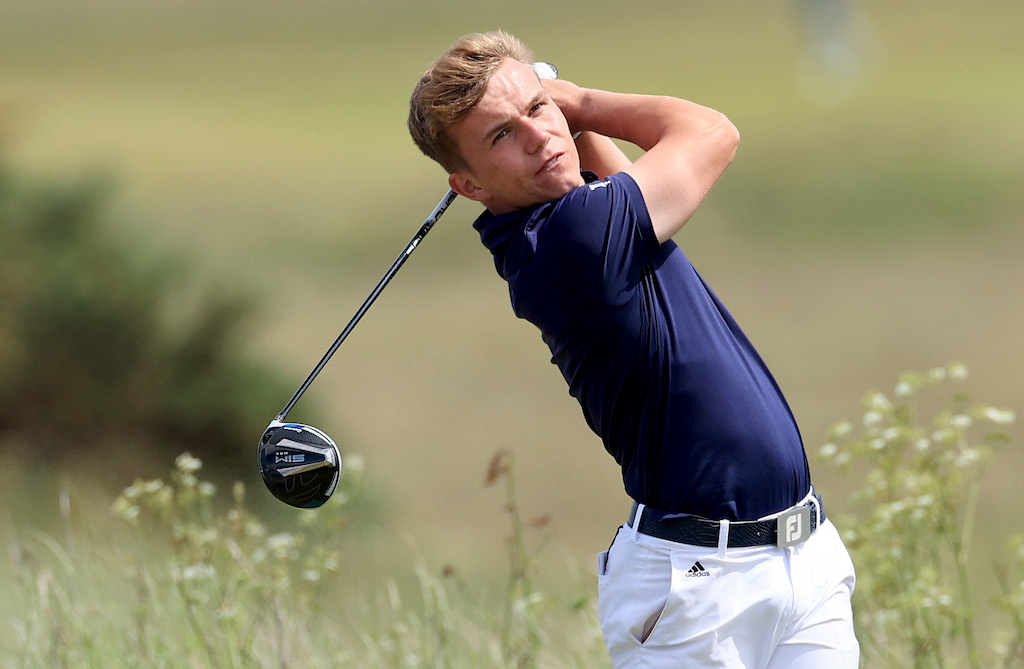 The Castle golfer is on one-under-par after opening rounds of 73 and 71 lifted him into a share of fifteenth place.

Moran trails Italian Pietro Bovari after he shot a 66 to move to seven-under with the low round of the day.

Bovari carded seven birdies in a bogey-free round of golf.

Moran who has been in superb form of late going close in a number of big events carded four birdies in his last six holes to move into the red for the week.

Royal Dublin’s Hugh Foley is the next best of the Irish quartet who travelled this week. Foley is on one-over after rounds of 73 and 72 left him in a share of 35th place.

Malone’s Matthew McClean who is playing after a strong performance at last week’s Amateur Championship is alongside Foley on one-over after rounds of 72 and 73.

Both players are just four shots outside the top-5 in this bunched leaderboard.

Co. Sligo’s TJ Ford has not had his best stuff this week and is languishing on fifteen-over-par after rounds of 79 and 80.

The reigning South of Ireland champion carded a ten on the par-5 15th but will have the next two rounds to move up the leaderboard and play himself into form ahead of next month’s defence.