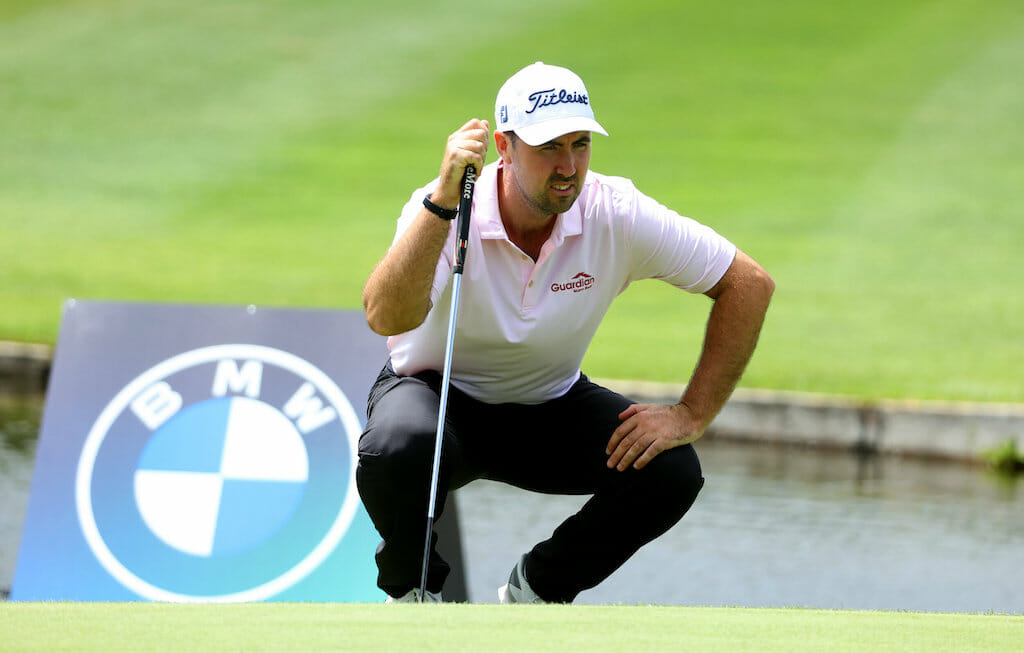 Niall Kearney carded an even par opening 72 but he’ll need to go under-par on Friday if he’s to play his way into the weekend at a hot-scoring BMW International Open.

The Royal Dublin pro had been moving along nicely at two-under par through 15 holes at Golfclub München Eichenried but after finding the fairway bunker on the par-4 16th, he failed to make the desired contact with his approach, finding the water guarding the green before carding a momentum halting double-bogey.

Kearney had carded three birdies and one dropped shot to that point but finds himself just inside the top-90 players ahead of an important second round as he looks to make the most of a main tour start after a frustrating spell on the sideless this term despite improving his status last season.

Meanwhile, Clandeboye’s Jonathan Caldwell would’ve been hoping to build some momentum of his own having played all four rounds last time out at the Scandinavian Mixed, however he also doubled 16 with two more bogeys and a single birdie on his card in an opening three-over 75.

That was the same score as Ardglass’ Cormac Sharvin whose struggles continued in Germany with three bogeys, a double and two birdies. Sharvin hasn’t played all four rounds since the Magical Kenya Open in March.

The Irish trio find themselves up against it but there is a low one out there and hope aplenty, as was proven by a number of the field on day one in Munich, none better than China’s Haotong Li who signed for a blistering bogey-free 10-under par 62 to lead by one heading into round two.

“It’s been an incredible day for me,” said Haotong. “I didn’t expect that because I spent a couple of weeks off in Dubai, which was hot – I didn’t practice much. I had a good start, two birdies on the first three holes. Then turned my back nine, I think I had six one-putts in a row, which helps. Then hit every fair I think.

“It helped me cool down mentally a little bit, low expectation, no expectation, just play golf and enjoy every shot.

“The last few weeks I’ve played solid, I just couldn’t put it all together. Hopefully this week I can use some experience from there and put things together.”

His eagle on the last moved him one stroke clear of Daan Huizing of the Netherlands, who signed for a nine under 63, while Nicolai von Dellingshausen is the low German player after carding an eight under par 64 to sit solo third.

Maximilian Kieffer provided one of the highlights of the day as he delighted the home crowds with an albatross on the par five 11th hole – the first of his career.