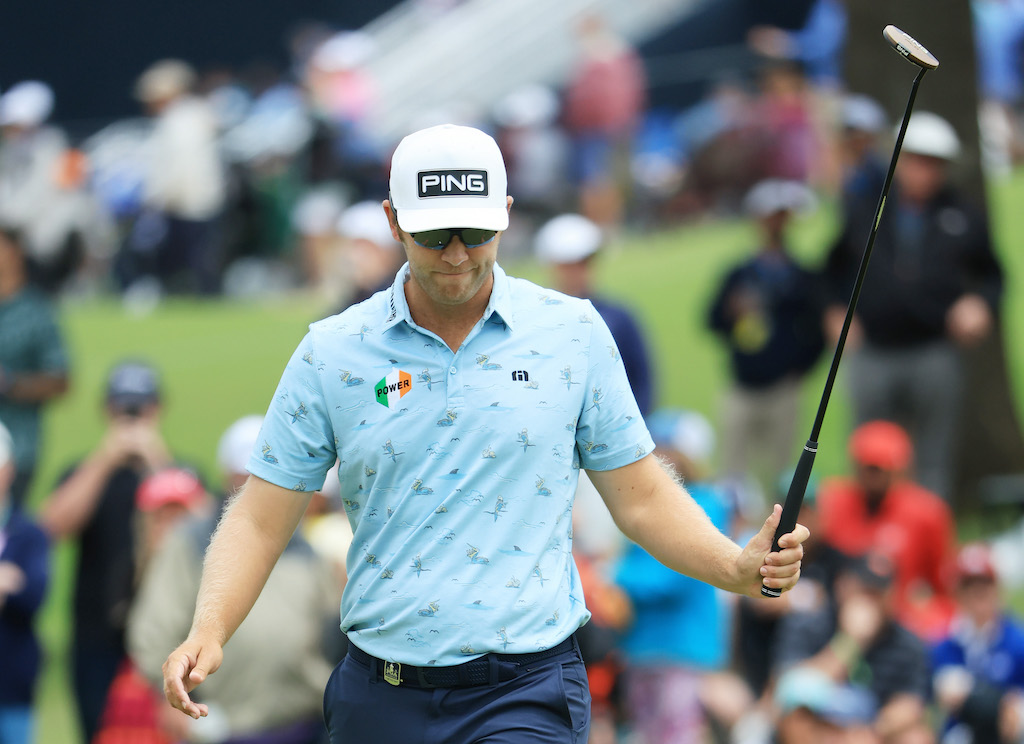 Seamus Power capped his third round with an eagle ‘3’ at the eighth hole to be staring at a hopeful second straight top-10 in the majors at the 122nd U.S. Open in Boston.

Power superbly landed his 219-yard second shot to some seven feet from the pin, and calmly holed the putt much to the delight of a very appreciative Brookline crowd.

The Waterford golfer had bogeyed his second hole but after the eagle Power headed into the inward half with birdies at 11 and 13 but with dropped shots at 10, 14 and 17 in the cooler and testier conditions on day three.

“You’re hoping to make a birdie on eight, so to make an eagle was huge”, said Power smiling.

“I had struggled at the start but then I made a few nice saves, so the eagle there on eight got me back on the right path. Also, the wind was getting stronger over the inward nine and you see that’s why players are posting a few bogeys on their cards”, said Power.

“It happens when you get to some of the more exposed greens and you realise just how hard the wind is blowing. It makes it tough and you really can’t make a mistake, and if you do you are going to be punished so every hole is difficult and it’s going to be a tougher test for those out later this afternoon.

“The thing is also it’s been hot and humid the past two days and today it’s much colder, so you are in some way relearning the golf course, and it’s a type of golf course you just need to be accurate off the tee.

“So, it’s hard to avoid the mistakes out there when you are trying to play the best you can”.

Power arrived in Boston having finished in a share of ninth at last month’s PGA Championship in Tulsa and now just two shots from being inside the top-10, the brilliantly rejuvenated Irish golfer is staring at the likelihood of a second straight top-10 and the game’s highest level.

“I will be hoping for more of the same for the final round tomorrow, and I feel if I can get myself in the right position then I could have a strong last round”, he said.

“Hopefully, I will not be too far back at the end of the round but then I know I am going to have to play well, and also play a little better than the last two days, and if a couple of birdie putts drop here-and-there then you never know”.