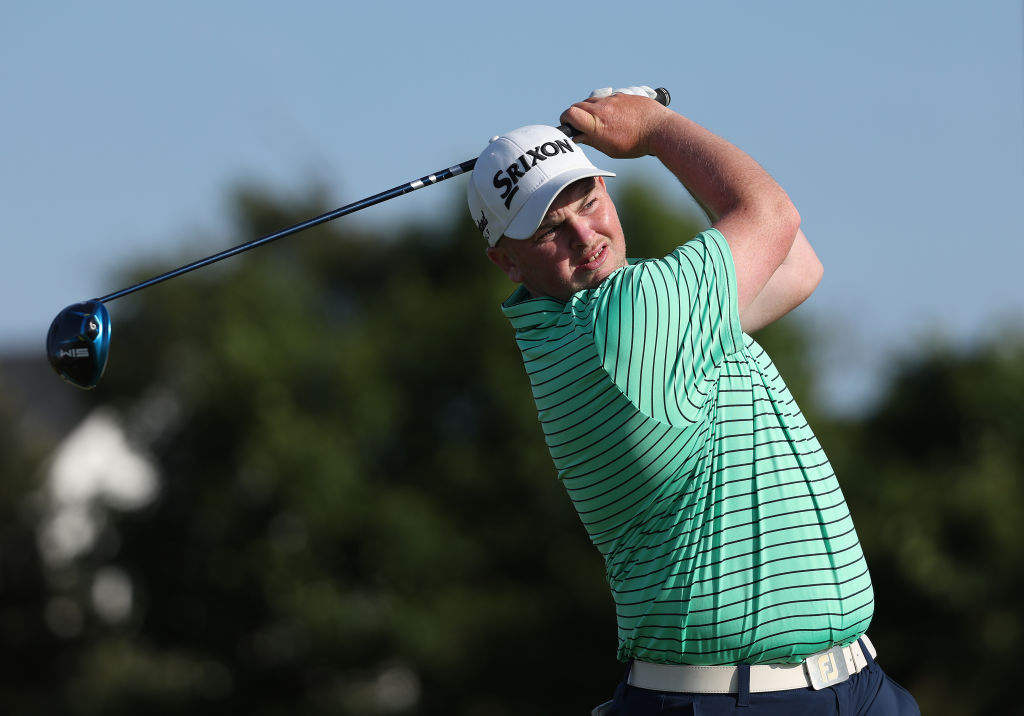 Caolan Rafferty paid tribute to Irish Men’s Amateur Champion Colm Campbell for helping him come from 2 down with five to play to beat Youssef Guezzale on the 18th hole to advance to the last-32 of the 127th Amateur Championship at Royal Lytham & St Annes.

The Dundalk golfer had Campbell on the bag after he missed the cut in 36-hole strokeplay and Raff feels he gave him that extra edge mentally down the stretch and a pair of crucial birdies proved the difference in the end.

“I was lucky to have an experienced man on the bag, Collm Campbell caddied for me (Warrenpoint). He said, par on the way in is good. Lucky enough picked up a couple of birdies on the way in. But no, he was a big help there, so got me over the line,” said the former Walker Cup star.

It has been a long two years for the former South of Ireland winner who saw his place on last year’s GB&I Walker Cup team cruelly taken away from him by the pandemic as he couldn’t play competitive golf. Since then Rafferty has taken up a full-time job as greenkeeper at Dundalk Golf Club and he has started to show signs of his best form this season.

Rafferty posted a top-10 at the Irish Amateur Open before coming third in the East of Ireland Championship and he is delighted to be enjoying his golf again.

“Yeah, my days off now are going to play golf which I always wanted to do. I played golf all the time there for four or five years and now to go on your days off, you go and you enjoy it and you’re not as work, so it’s not a chore anymore. So yeah, it’s back to enjoying golf the way I used to do it.”

The 29-year-old can look forward to a match against Welshman Archie Davies and while he isn’t looking beyond Thursday’s match he hopes he can keep being a nuisance for as long as possible.

“It’s just one step at a time. It’s a golf course I actually really like. It’s fair for everyone. You don’t have to hit it long. You just have to plot your way around. Just keep doing what I’m doing and being gritty and annoying people as much as I can and hopefully be here for another few days.”