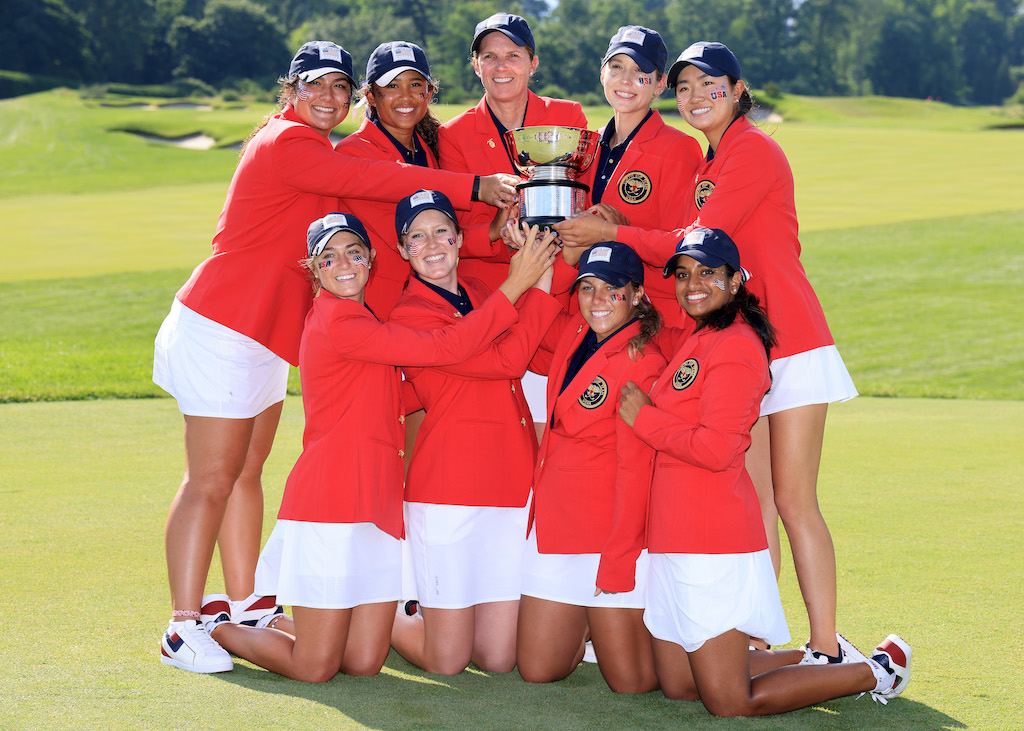 Lauren Walsh was narrowly beaten in her Sunday singles match as the USA romped to an eleven point victory to claim the 42nd Curtis Cup at a rain soddened Merion.

Walsh went down 2&1 to Rachel Heck in the third match out. It was a match the Castlewarden native never led and she was behind from the off after a double-bogey six on her opening hole.

The Wake Forest student found herself four down after eight and thirteen holes before a mini revival saw her halve the deficit with birdies on 14 and 15 but she ultimately ran out of holes.

The visitors trailed their far superior hosts by five points heading into the eight singles matches knowing they would have to produce something remarkable to claw back the deficit.

Scotland’s Louise Duncan led out Elaine Radcliffe’s charges but she came up against the unbelievable Rose Zhang. The world number one seemed to get better and better with each match this week and she thumped Duncan 7&5 to set the Stars and Stripes on their way.

Elsewhere, Annabell Fuller went down 6&5 to Emilia Migliaccio while Hannah Darling and Amelia Williamson were beaten 2&1.

Charlotte Heath came out on the wrong side of a one hole scoreline as she lost to Latanna Stone on the last.