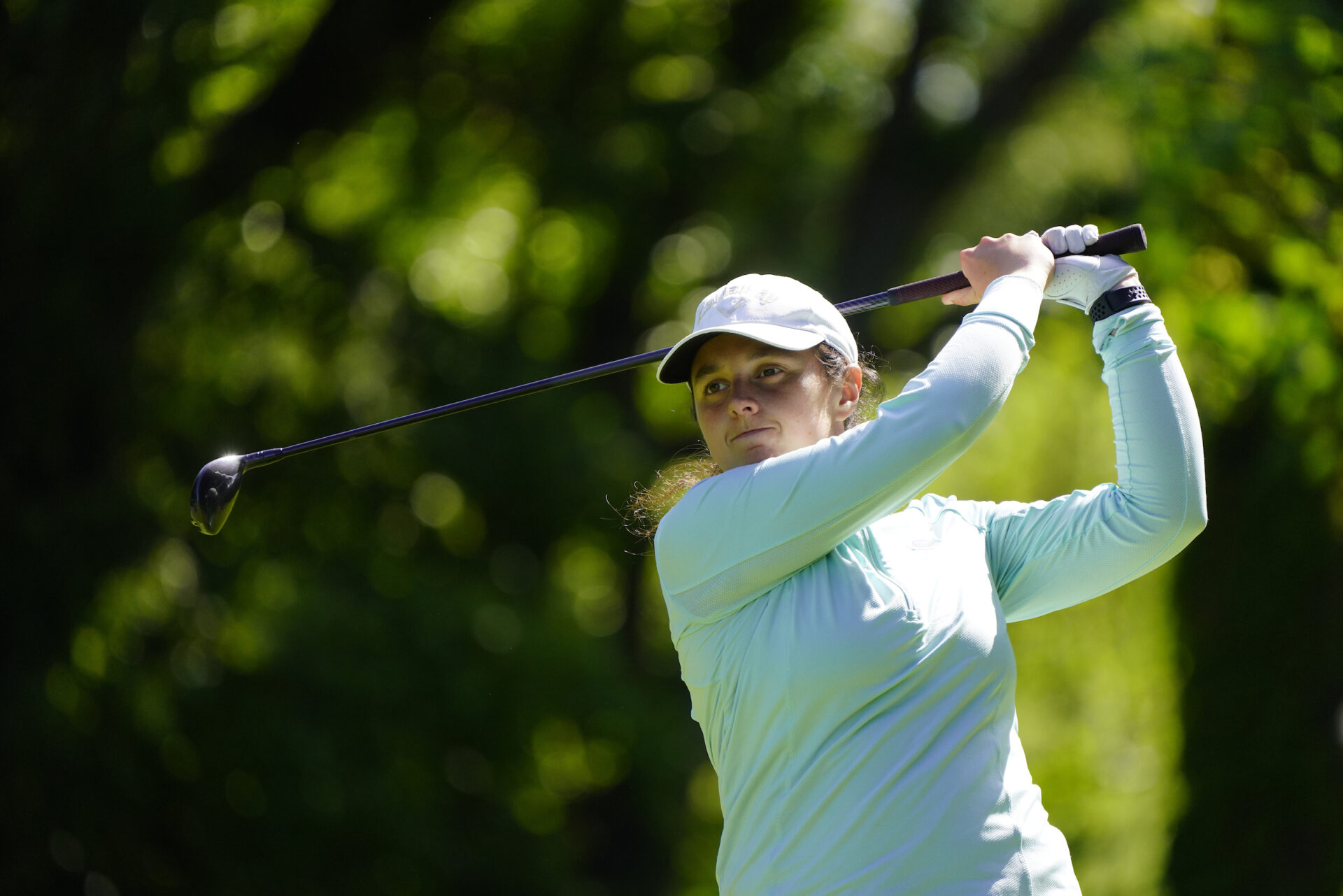 It’s set to be a thrilling final two days at the AIG Irish Women’s Close Championship after a host of big names progressed to Monday’s second round at the Grange.

After 36 holes of strokeplay qualifying on Saturday the players had somewhat of a rest day with just eighteen holes in the opening round of the matchplay stages.

Leading qualifier Aideen Walsh coasted through to the second round with a 6&5 win over local favourite Ella Wojnar.

Tramore’s Anna Dawson is also safely through to the last-16 after she dispatched another local hero in Sheena McElroy 3&2 to advance.

Clandeboye’s Rebekah Gardner came through a thriller to edge Hannah Lee-McNamara on the 18th in what was one of just three matches to go the distance.

Meanwhile, in the plate, there were comfortable wins for Jenny Maguire of Foxrock and Sophie Sharp of Royal Tara, while Moyola’s Kayleigh Mulholland saw off Ellen Lonergan of Westport and Jiaren Eina Pang put on a late spurt to edge Effingham’s Olivia Hunt 2&1 to advance to Monday’s semi-finals.

The pick of the last-16 ties in the Championship will see Dawson take on Coulter at 09.40 while it’s young vs old as Costello bids to halt Webb in her tracks.

There are two tasty ties in the last three matches as Gardner tackles Indiana University’s Donegan before Byrne faces Poots in the final match of the morning.

The winners will advance to the afternoon quarter-finals.