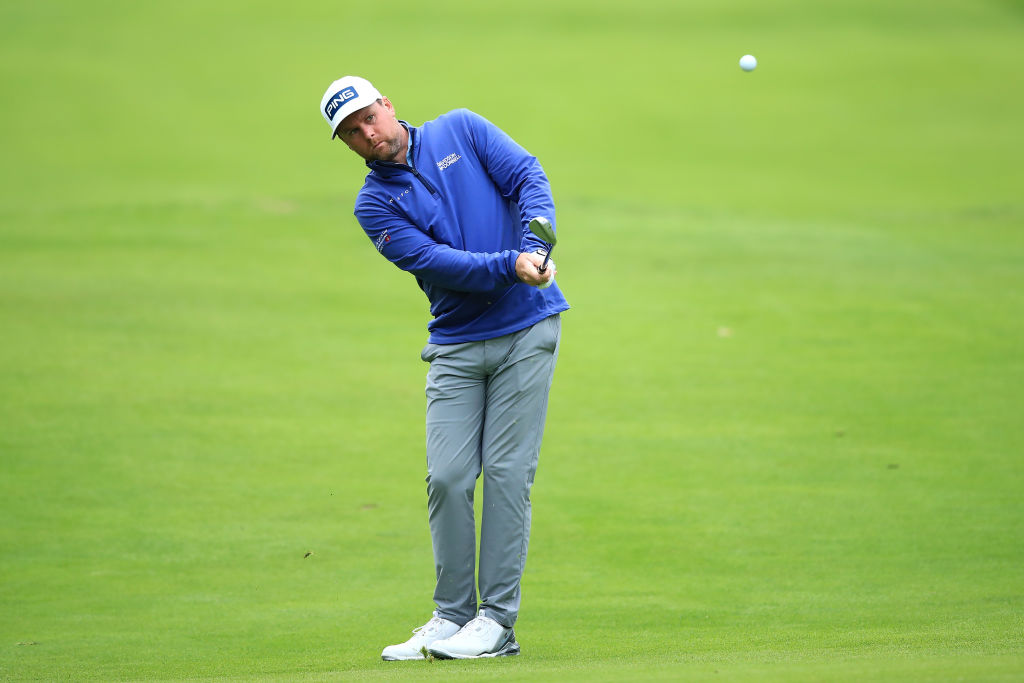 Clandeboye’s Jonathan Caldwell opened his Volvo Car Scandinavian Mixed title defence with a solid one-under-par 71 at Halmstad Golf Club in Sweden, the same mark Olivia Mehaffey finds herself on after day one.

Caldwell, who claimed his maiden European Tour title at this event last year, showed signs of a return to form after a tough start to the season as he carded four birdies and three bogeys in his opening round to sit tied-55th.

The 37-year-old suffered a shoulder injury over Christmas and has missed the cut at 11 of the 14 starts he has made on the DP World Tour this year, but a much more encouraging round saw him play bogey-free golf on the back nine as he battled back from being one-over at the turn.

Caldwell’s round looked to be faltering as birdies at the par-fours third and sixth were cancelled out by bogeys at the first and seventh, and a failed sand save at the par-four ninth saw him reach the turn in one-over.

But the defending champion fought back as a nine approach at the par-five 11th saw a birdie putt drop from five feet, and then he rolled in a 12-foot putt at the par-three 16th to end the day one-under.

Mehaffey did likewise on her back nine, shaking off a run of four dropped shots in three holes to finish her front nine by signing for three birdies on her return to the clubhouse and no more mistakes.

The 24-year-old had started positively as a 34-foot putt led to a birdie at the third, and then she backed that up with a fine approach for birdie at the par-five fifth, but a wayward drive and a poor bunker shot led to a double-bogey at the par-four sixth, and she compounded that with back-to-back bogeys at the seventh and eighth.

However, she turned on the style on her back nine as another excellent approach saw her birdie the par-four 10th, before she hit the green in two at the 11th for another birdie, and a five-foot putt dropped to get her into red figures at the par-four 17th.

The pair are six shots back of the lead, however, as Scotland’s Craig Howie, France’s Matthieu Pavon, Spain’s Santiago Tarrio and Italian amateur Carolina Melgrati all posted seven-under 65s on day one at the mixed-gender event in Halmstad with Melgrati saying her dream was coming true after her opening round.

“It is probably a result of working hard and it is paying off. I’m just trying to focus on hitting fairways and hitting greens and then making putts. When it works it’s great, when it doesn’t you just have to go back and practise it some more.

“I didn’t feel a difference between the front and back nine, but I just tried to stick to my processes – nothing really changed in my mind.

“It is crazy! It is so great. As soon as I got the invitation, I said yes, I’m playing because it is great to compete with professional golfers. It is amazing and that is also my dream, so it is coming true.”