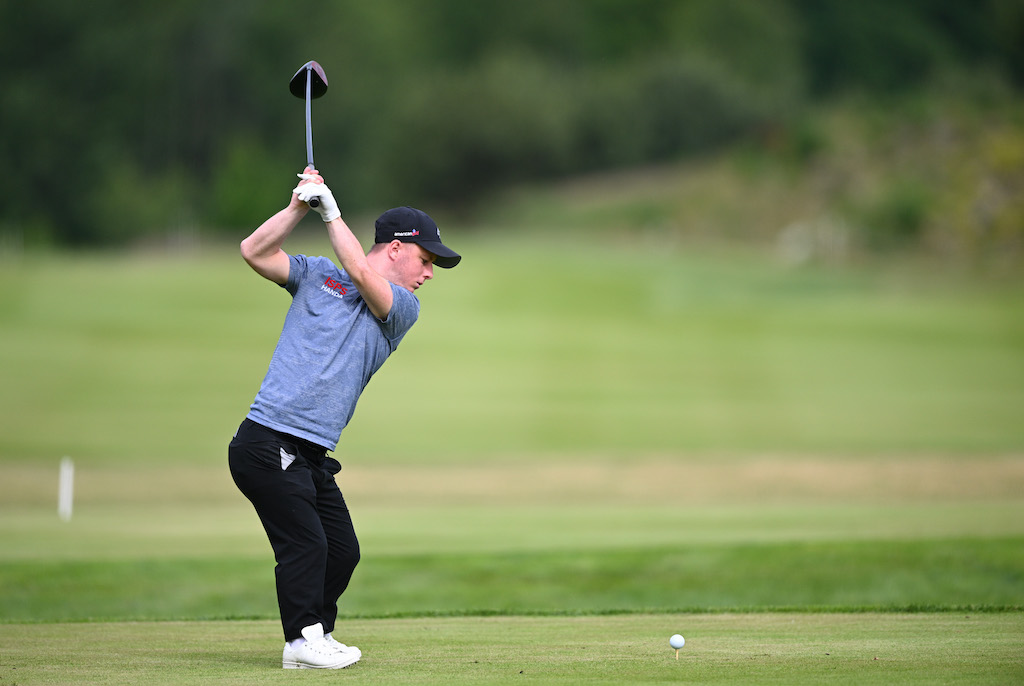 Ireland hold a one-shot lead after the opening day of the European Team Championship for Golfers with Disability in Koksijde Golf ter Hille, Belgium.

The Boys in Green are eight-over after the first round with Sweden on nine-over. It looks set for a shootout between the two teams with England six shots adrift in third on fourteen-over.

The opening day was played in a foursomes format with world number one EDGA golfer Brendan Lawlor of Carton House paired with Co. Meath Golf Club’s Conor Stone while Alan Gaynor of Co. Sligo and Ballinasloe’s Aidan Grenham led the team out on Thursday.

It was the latter pair who bucked up their ideas and led the charge for the Irish on day one, coming home with a three-over 75 while Lawlor and Stone were five-over (77).

Gaynor and Grenham started brilliantly with two birdies in their opening five holes before a double-bogey dropped them back to level-par.

The pair dropped three shots in two holes at the start of their back nine before playing the remaining seven holes in level-par thanks to birdies on 12 and 18 and two dropped shots on 13 and 15.

Dundalk’s Lawlor and Kildalkey man Stone failed to register a birdie in their opening round but were otherwise solid with a double-bogey six on the ninth the only eyesore in a steady round.