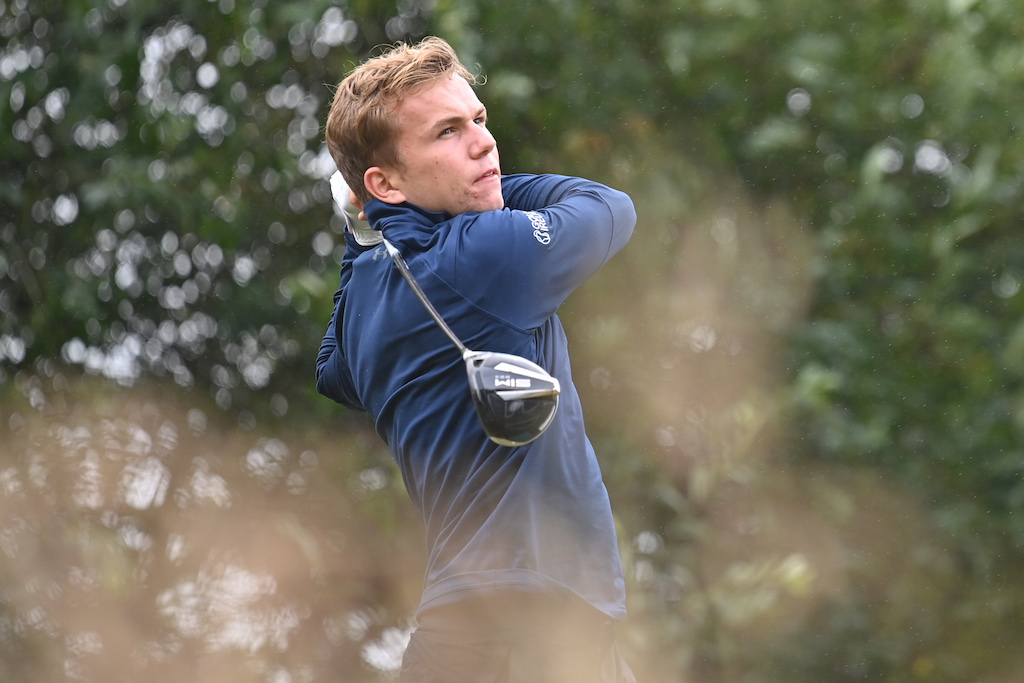 Robert Moran’s fantastic effort came up just shy at St Andrews as he finished three shots off the lead in the St Andrews Links Trophy.

Moran finished solo third on thirteen-under after rounds of 66 and 69 at the Home of Golf.

The Castle golfer was four shots off the pace heading into the final day which was played over 36 holes and had the added significance of being played on the Old Course, with the possibility of lifting silverware at the “Home of Golf” firmly in the players minds.

A morning 66 moved the Irish international to ten-under and he trailed Australia’s Adam Brady by the minimum heading into the afternoon.

The Dubliner began his final round well with birdies on the first and fifth before a dropped shot on six was cancelled out by a third birdie of the day on the par-3 7th.

The back nine was high drama with Moran carding just three pars on his way home as he gave it absolutely everything to try and become the fourth Irish winner of this prestigious event.

A hat trick of birdies on 12, 13 and 14 helped him stay in touch with the Aussie duo of Brady and eventual winner Connor McKinney before a bogey, par, double run put paid to his chances.

A dropped shot on 15 was followed by a chastening double-bogey six on 17, the road hole. However the highest ranked Irishman in the field finished with a flourish as he birdied the last for a final round of 69.

Malone’s Matthew McClean posted rounds of 67 and 72 for a six-under total and a 13th place finish while Galway’s Liam Nolan struggled on the final day.

Nolan was two off the pace heading into the final 36 holes but rounds of 71 and 74 around the Old Course proved fatal as he settled for 18th place on five-under.

Royal Dublin’s Hugh Foley was a model of consistency posting rounds of 70 and 71 for a four-under total and 21st place.

Enniscorthy’s Paul Conroy didn’t have his best stuff on the Old Course as rounds of 75 and 71 saw him slip to one-over and 36th place.