Scotland’s Hedger soars to the top with 67 in Baltray 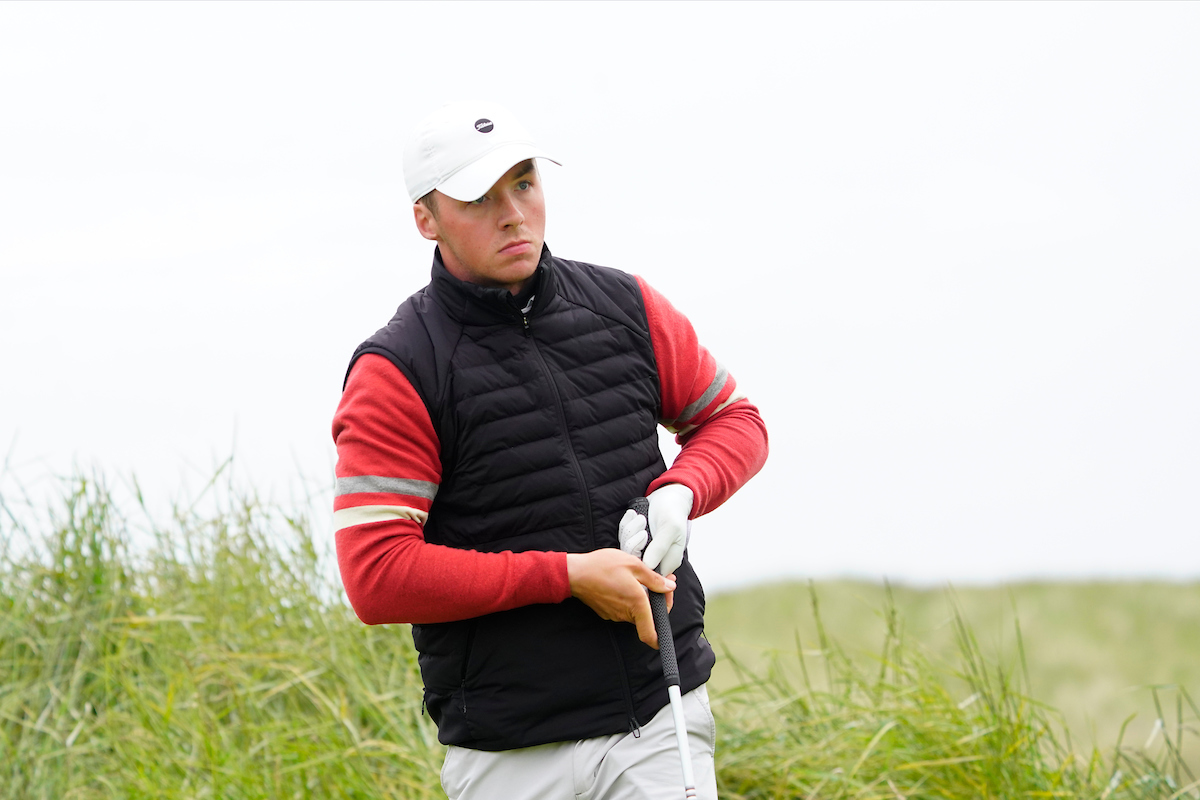 Shaun Hedger (West Kilbride) at the 3rd tee during Round 2 of the East Of Ireland Men's Open Championship at the Co. Louth Golf Club (Image: Golf Ireland / Thos Caffrey / Golffile)

Scotland’s Shaun Hedger will take a two-shot lead into the final day of the East of Ireland Championship sponsored by the D Hotel after he backed up an opening 70 with a sublime 67 at Co. Louth Golf Club.

The West Kilbride Golfer is seven-under with overnight leader Jack Madden in close pursuit in second place on five-under.

Hedger started quickly, taking advantage of the two par fives in the first three holes with a birdie, eagle stretch before a birdie on the ninth saw him turn in 33.

The Scot who already has a win under his belt in The Ayrshire finished strongly with birdies on the fourteenth and eighteenth after dropping a shot on the par-4 13th.

After a superb opening 67 Madden followed up with a level-par 72 to drop out of the lead. The Portrush native recovered from two early bogeys to post birdies on the third and seventh before carding eleven successive pars.

Roscommon’s Allan Hill is in the hunt in a big championship once again after a three-under 69 moved him into third place on four-under.

The Maynooth University student missed out on the Irish Amateur Championship due to end of year exams and he has made up for lost time so far this week.

The former Palmer Cup player opened his round with a dropped shot before picking up shots on both par fives. A birdie on the seventh was followed by a bogey on the eighth as he turned in 36.

The West of Ireland semi-finalist made a birdie, bogey start to his back nine before finishing with a flourish as birdies on 14 and 18 moved him into the mix.

Hill has become a regular feature at the upper echelons of championship leaderboards having also been in the final group of the Irish Amateur Championship in 2021 and he is happy to be back in form after completing his academic duties for this year.

“It was tricky enough out there,” he said. “I was in a few questionable spots but it was nice to come in three-under and give myself a bit of a chance tomorrow.

“Missing the Irish Am with exams wasn’t ideal now but I didn’t have a great couple of weeks in the two strokeplay events so it is nice to come out and put in some decent form so far. I’ll just take it one shot at a time and not get too ahead of myself. Fingers crossed the golf comes together and I can put the hand on the trophy at the end of the day.”

Meath’s Jack McDonnell posted the second-lowest round of the day as he surged from the cut mark into contention with a 68.

The Forrest Little golfer and Irish international is in a share of fourth with James Fox on two-under.

Dundalk’s Caolan Rafferty is six adrift on one-under after a one-over 73. The former Walker Cupper is in a share of sixth spot with Conor Hickey and Darcy Hogg while Athenry’s Sean O’Connell, Jack Doherty of Carton House and Naas man Robert Brazill complete the top-10 on level-par.

The top-10 are separated by just seven shots and with 36 holes to play on Bank Holiday Monday there is still much to be decided in Baltray.

Towards the cut line there were plenty of big names sweating over their futures but North of Ireland Open champion Alex Maguire and former Irish Amateur champion Peter O’Keeffe both progressed on three-over as did Munster stroke champion Jake Whelan on plus four.

The cut fell at six-over with current Irish Amateur champion Colm Campbell missing out by the minimum.