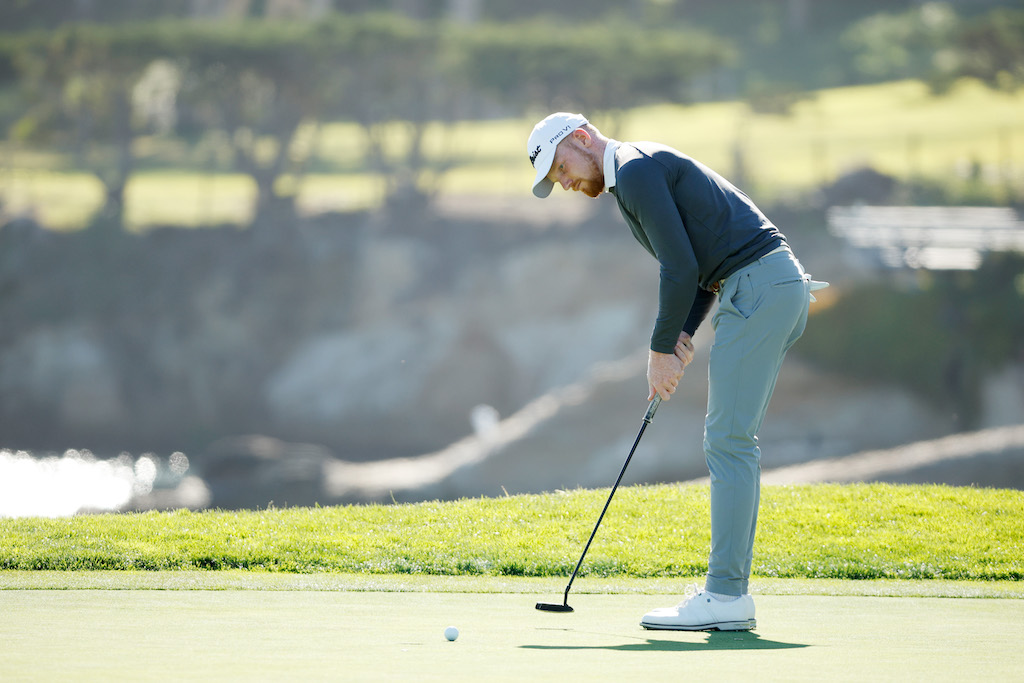 John Murphy made a steady move in his third round of the D+D Real Czech Challenge in Dritec.

In a steady, if unspectacular round the Kinsale native carded two birdies and sixteen pars as he shot a 68 to move into a share of 17th on four-under.

Murphy teed off as the lone survivor after Tom McKibbin and David Carey missed the cut after good opening rounds and his first move was in the right direction with a birdie two on the 4th. A second two of the day arrived on the 8th as he turned in 33.

The Walker Cup star trails Frenchman Ugo Coussaud by eight shots heading into the final round and he might have been closer to the lead had he found some more red numbers on the back nine. However, he held his position with nine successive pars.

The day belonged to Coussaud who stole the show with a hole-in-one on the par-3 4th on his way to a superb 64.

The 29-year-old roared to the turn in just 28 strokes and he was five-under after four holes after a hat trick of birdies was followed by an ace.

Birdies on the sixth and ninth followed as he threatened to disappear over the horizon.

However, he slowed up slightly on the back nine carding eight pars and a bogey on the 15th to come back to the chasing pack.

The French golfer is twelve-under and leads Denmark’s Nicolai Kristensen by two shots ahead of tomorrow’s final round as he chases his maiden Tour victory.

Danish golfer Martin Simonsen is in solo third on eight-under while there are four in a share of fourth on seven-under.

Murphy is probably too far back heading into the final round to threaten a come from behind victory but he is only two shots outside the top-8 and a first top-10 this season would be a welcome return to form after a sluggish start to his campaign.