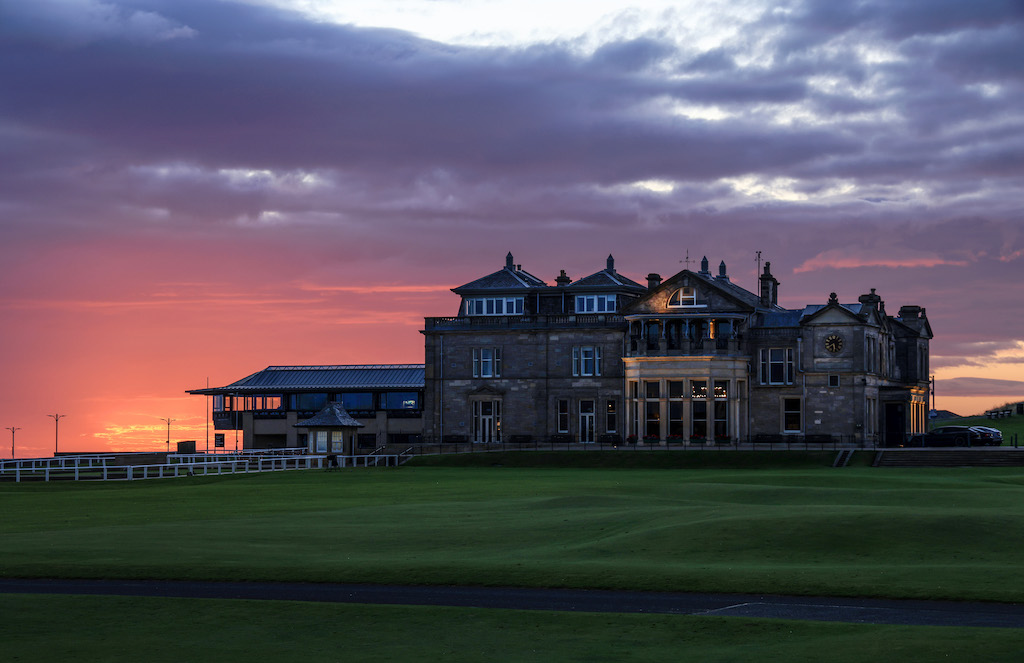 A large Irish contingent journey to the Home of Golf for the St Andrews Links Trophy this bank holiday weekend as thirteen of the boys in green bid for one of amateur golf’s biggest prizes which gets underway on Friday.

Since its inception in 1989, the St Andrews Links Trophy has attracted the world’s top amateurs, many of whom have gone on to enjoy success on the PGA and European Tours, notably Ernie Els, Lee Westwood, Trevor Immelman, Geoff Ogilvy, Padraig Harrington, Justin Rose, Rory McIlroy and Francesco Molinari.

Ireland has a proud history in this event with Alan Dunbar (2009), Conor O’Rourke (2016) and John Murphy (2018) tasting success on the Old Course while John Ross Galbraith finished second in 2017.

Thirteen Irish have made the trip across the pond while some have defied the manic queues in Dublin Airport in a bid to become the fourth Irish winner of this prestigious event.

The final round on the Old Course will feel extra special with the famous links emblazoned with the famous Open Championship grandstands and scoreboards in preparation for the 150th Open next month.

Foley arrives after a fruitful week at the Scottish Men’s Open Championship where an excellent final 36 holes saw him earn a podium finish in third place.

The Clontarf native has three top-10s in his last five starts and has been quietly returning to form as the golfing season heats up.

Foley has a 15:00 tee time on the Jubilee Course alongside English duo Joe Sullivan and Matt Gauntlett.

Matthew McClean had a disappointing missed cut in Cruden Bay last week which arrested a fabulous run of form during the late spring/early summer period.

Before teeing it up in the Scottish Open the Malone man hadn’t finished outside the top-15 in all competitions this year. A win in the Portrush Scratch Cup has been an added bonus to four successive top-6 finishes including a playoff defeat at the Irish Amateur Open and a third place at the Brabazon Trophy.

McClean has proven himself to be an all-rounder with top-15 finishes in South Africa back in February and his game is in great shape to contend again this week.

The Irish international is in the final group on Friday alongside Danish golfer Frederik Birkelund and Argentina’s Andrews Schonbaum.

The Bray native has been strong on Irish soil without transferring that across the pond missing the cut in the Lytham and Brabazon Trophies.

Fahy was also part of the cohort who travelled to South Africa for some pre-season competition and that has paid dividends as he, McClean, Nolan and Boucher have hit the ground running in Ireland.

Marc Boucher has been in fine form since returning from the States with a fourth-place finish at the Irish Amateur Open in the Island.

The Dubliner gets his campaign underway with England’s Ben Quinney and Scotland’s Stephen Roger.

Like Fahy, his form hasn’t carried into some of the British events thus far.

Castle’s Moran is the highest ranked Irishman in the field at 171st in the World Amateur Golf Rankings.

The Dubliner has been threatening to land a huge win after a fourth place finish at the Lytham Trophy before coming third in the Irish Men’s Amateur Open Championship. A 22nd place finish at the Brabazon Trophy is a what might have been story after a great opening round.

Galway’s Nolan struggled to find his form after a heartbreaking playoff defeat at the West of Ireland Championship but a tenth place finish at the Brabazon Trophy might be an indication that he is hitting form at the right time.

The sweet-swinging Galwegian has been grouped with Scot Andrew Davidson and Tyler Duncan of Australia at 12:20.

Carton House man Keith Egan will lead the Irish challenge when he tees off in the opening three-ball at 7:00 with Jamie Roberts (Sco) and George Clarke (Eng).