Mehaffey battles hard on day one of the Ladies Italian Open 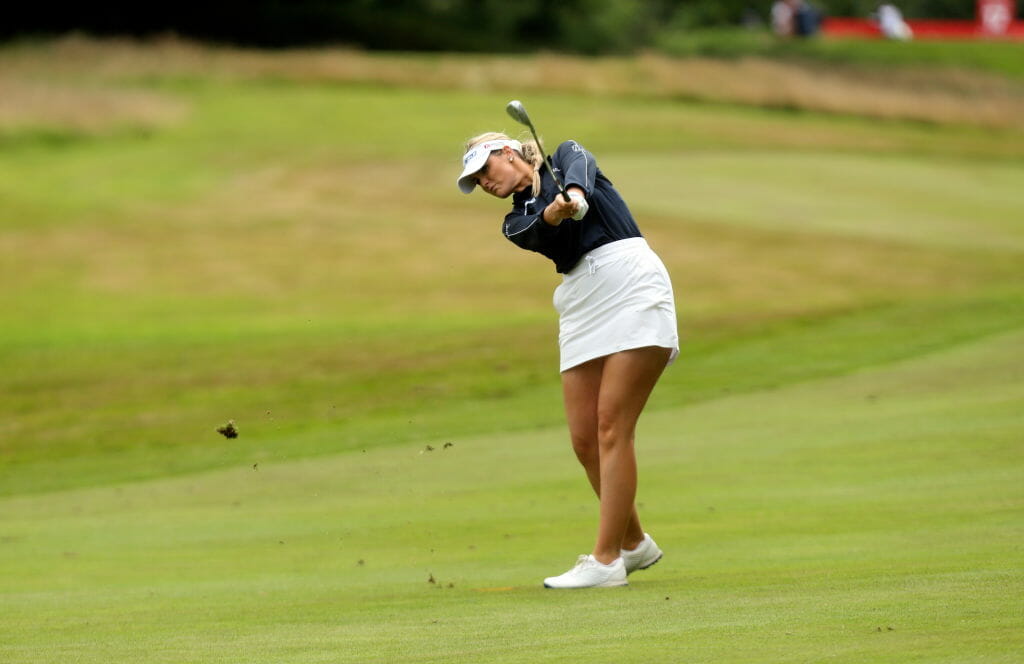 Olivia Mehaffey fought back from a horror front nine to put herself in a position to make the cut at the Ladies Italian Open on the Ladies European Tour.

The Tandragee woman was five-over after her opening seven holes at Golf Club Margara after a triple-bogey and a double-bogey, and she wouldn’t record a birdie until the par-four 12th.

But that birdie, plus another at the 14th, had her in the clubhouse at three-over-par after an opening round of 75 and in a share of 60th, which means she is in with a shot of sticking around for the weekend.

Mehaffey has had to battle to start the season and is hoping to turn around a run that has seen her miss the cut at her last two events on the LET, but her finish has given her a chance to do so.

It’s a sister act that everyone is trying to chase down in Fubine as Swiss sisters Morgane and Kim Metraux set the early pace with a pair of five-under 67s that was matched by Sweden’s Sofie Bringner to hold the early lead.

Morgane’s round was slightly more impressive as she rattled off four straight birdies to finish and take her place at the top of the standings alongside sister Kim, who had seven birdies on her way to a share of top spot.

Bringner would join them after an eagle, four birdies and a bogey, with the trio’s lead at the top a couple of shots, with South Africa’s Lee-Anne Pace and England’s Meghan McLaren leading the chasing pack at three-under-par.

Meanwhile, it was a rough start to the tournament for Victoria Craig as she signed for a birdie, eight bogeys and a double-bogey in a nine-over 81 that has her in 118th and unlikely to make the cut.