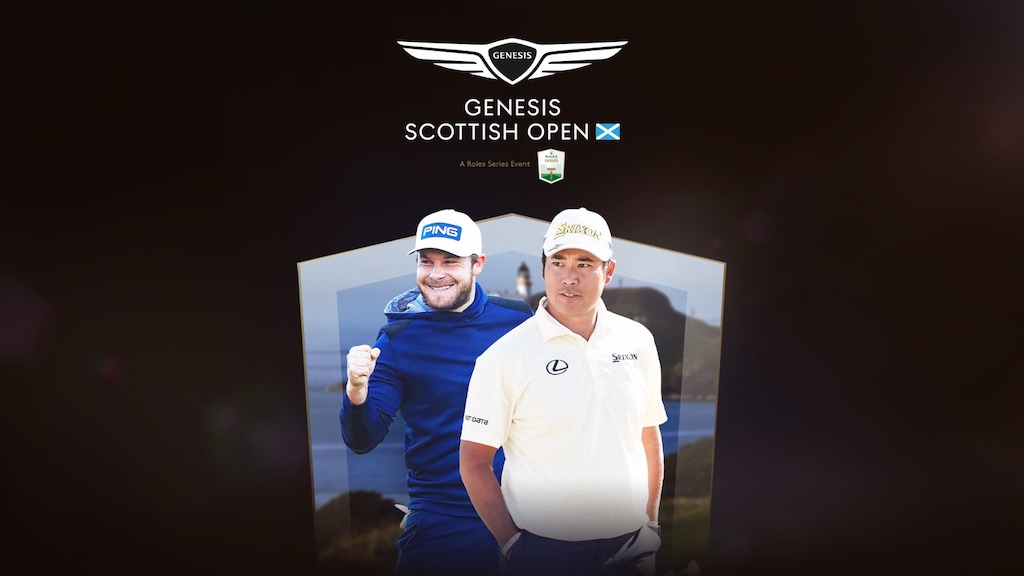 Hideki Matsuyama, the former Masters Tournament champion and four-time Rolex Series winner Tyrrell Hatton are the latest stars to join the world-class field at the Genesis Scottish Open at Renaissance Club from July 7-10, 2022.

Fans can buy tickets now at et.golf/GSO2022Tickets for the third Rolex Series event of the 2022 season, where a stellar line up will include four of the top five players in the Official World Golf Ranking, all of whom are reigning Major Champions – Scottie Scheffler (1, The Masters), Jon Rahm (2, U.S. Open), Collin Morikawa (4, The Open) and Justin Thomas (5, US PGA Championship). Scotland’s national open is co-sanctioned by the DP World Tour and PGA TOUR for the first time this season as part of a historic Strategic Alliance.

Matsuyama made history in 2021 when he became the first male Japanese Major Champion by winning the Masters Tournament – ten years after finishing as low amateur on his debut at Augusta National.

The 30 year old, who is the most successful Japanese PGA TOUR member in history, has 17 worldwide wins, most recently at the Sony Open in Hawaii in January, and includes two World Golf Championships. After one previous Scottish Open appearance in 2018, Matsuyama will tee it up at the Renaissance Club for the first time in July.

He said: “It’s exciting to be playing in this historic event for the first time in four years and making my debut at the Renaissance Club. I know that the Genesis Scottish Open has a special spot in the schedule in the week before The Open, and I’m looking forward to the summer in Scotland.”

Six-time DP World Tour winner Hatton will make his eighth appearance at the Genesis Scottish Open, with his best previous finish coming in 2016 when he finished as runner up to future Ryder Cup team mate Alex Noren at Castle Stuart Golf Links.

The 30 year old Englishman – who claimed his fourth Rolex Series title at the 2021 Abu Dhabi HSBC Championship – has previously enjoyed success in Scotland, securing back to back Alfred Dunhill Links Championship titles in 2016 and 2017.

Hatton said: “I always enjoy playing in the Genesis Scottish Open and would love to go one better than my 2016 result and win a fifth Rolex Series title in July. It’s shaping up to be an exciting two weeks in a row in Scotland with The Open taking place at the Old Course at St Andrews – where I’ve had success in the past – the following week.”

The Genesis Scottish Open is co-sanctioned by the DP World Tour and PGA TOUR, counting on both the DP World Tour Rankings and the FedExCup, and boasts a new title sponsor in Genesis, the luxury automotive brand from South Korea.

The tournament benefits from the continued commitment of the Scottish Government, managed by VisitScotland, and retains its place in golf’s global calendar the week ahead of The 150th Open (July 11-17), as part of these agreements through to 2025. The player field will be a split between members of both the DP World Tour and PGA TOUR.

Genesis Scottish Open tickets are now on sale, with options including season tickets and individual day tickets for the Wednesday Pro-Am and four tournament days. Buy now at et.golf/GSO2022Tickets

Premium experience packages are also available now, including the Green on 18, which includes a three course lunch with wine in an exclusive pavilion with stunning views across the 18th green. Friday packages have sold out, with limited availability on Thursday, Saturday, and Sunday. Find out more and buy your package at etg.golf/gsopremium2022