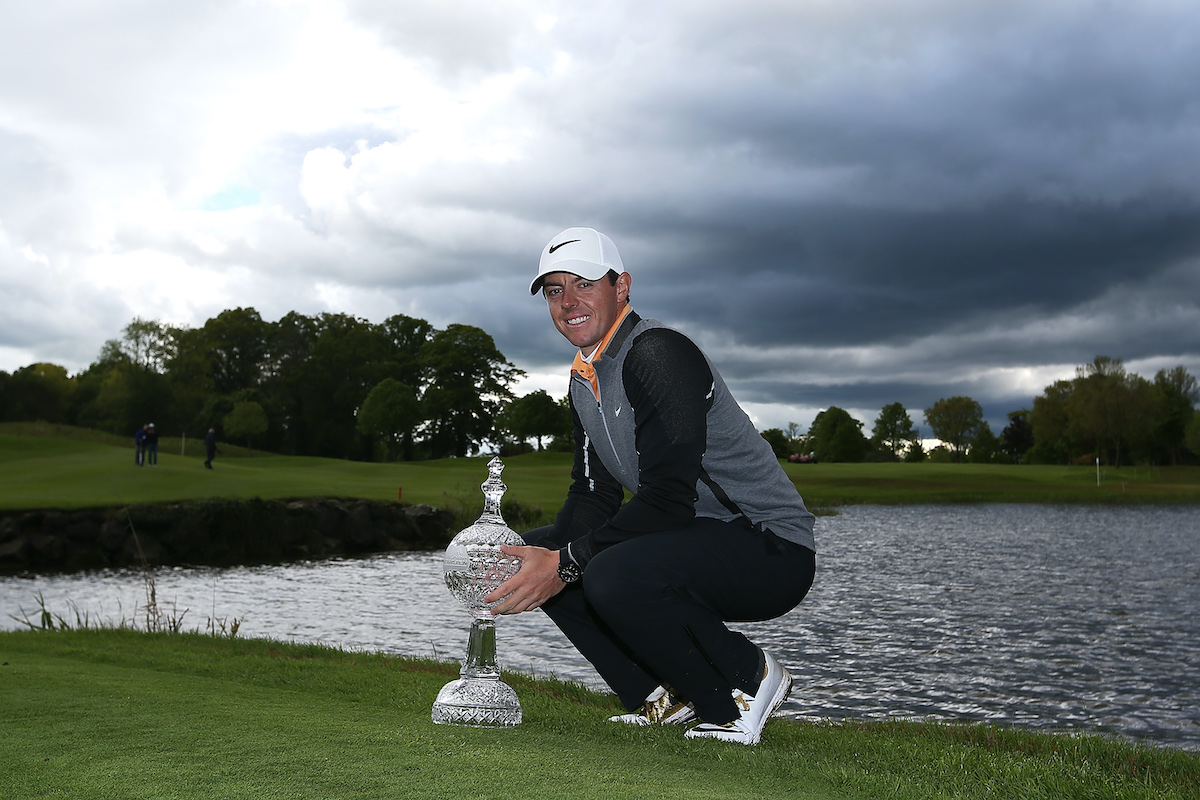 Rory McIlroy is set to miss the Horizon Irish Open at Mount Juliet as he revealed his schedule in preparation for the 150th Open Championship at St Andrews in July.

McIlroy who also missed the 2019 edition when Jon Rahm won in Lahinch will tee it up in the JP McManus Pro-Am at Adare Manor the Monday after the Mount Juliet showpiece before taking a fortnight off from competitive golf which also includes the Genesis Scottish Open at the Renaissance Club.

The 2016 Irish Open winner who hosted the event from 2015 to 2018 intends to play some links golf in Ireland before travelling to the ‘Home of Golf’ the weekend before the Open Championship begins.

“I’ll play these next four weeks and then it’s two weeks off from competitive golf I guess,” said McIlroy. “I’ll go to Adare Manor and play in JP’s Pro-Am and then yeah I’ll be around the area that week and play some links golf and then head to St Andrews maybe the weekend before and get some prep done.

“I’ll play the next four in a row and then the next competitive outing I’ll have will be the Open.”

The venue and date for the Irish Open has triggered much debate in recent years as it is perched behind the Scottish Open two weeks before the Open Championship while the decision to stage it on parkland courses has also drawn criticism from players and fans alike believing the lack of links golf has had a negative impact on the depth of field competing.

McIlroy will take in a hectic schedule over the next month as he tees it up in the next four PGA Tour events including the US Open at Brookline before he arrives on Irish soil for the JP McManus Pro-Am at Adare Manor – the host course of the 2027 Ryder Cup.

The Holywood native put in an underwhelming performance in Mount Juliet last summer and had already indicated in January that he may swerve the event this time around to accommodate his packed schedule.

Shane Lowry and Seamus Power are pencilled in to compete in Mount Juliet at the end of June while Tyrrell Hatton, Thorbjorn Olesen and Thomas Pieters all committed to the event earlier this week.