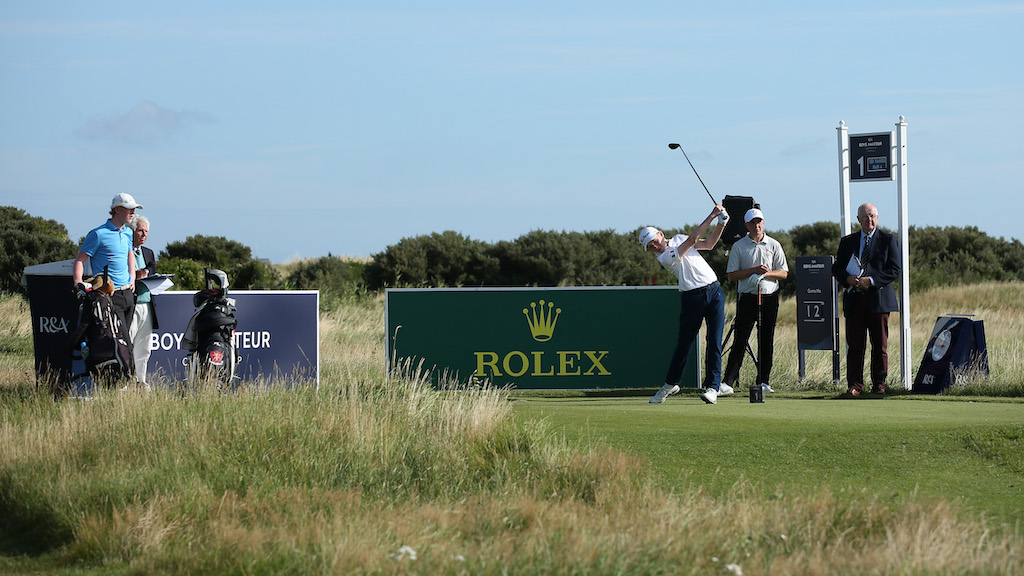 Sean Keeling eased through the Scottish Men’s Open Championship pre-qualifier on Tuesday to book his place in the main field on Friday.

Keeling will join compatriots Matthew McClean, Hugh Foley, Marc Boucher, TJ Ford, Paul Conroy and Charlie Denver in the championship after he finished in a share of eighth place.

There were thirty places up for grabs in the 18-hole qualifier at Fraserburg, the world’s seventh oldest golf course and the Roganstown starlet carded a one-over 71 to secure his spot in Friday’s championship proper at Cruden Bay.

Keeling roared out of the traps with a front nine of thirty two after a hole-out eagle two on the par-4 3rd and a birdie at the par-5 6th. At that stage it seemed like he might be the leading qualifier.

However, Keeling dropped four shots on his back nine but the job had already been done after a sensational opening nine.

Blairgowrie’s Cormac Sharpe was the leading qualifier after a three-under 67.