Foster claims Heck scalp but Auburn bow out at semi-finals 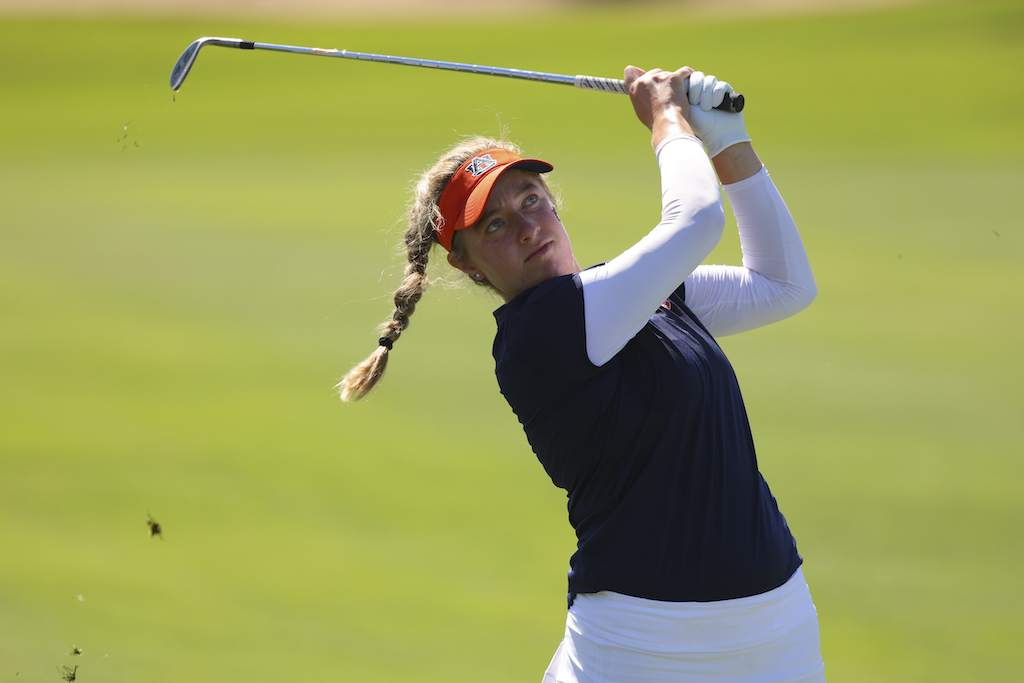 Anna Foster defeated Rachel Heck in the semi-finals of the NCAA Division 1 Match Play but Auburn came out on the wrong side of a 3-2 scoreline against a star-studded Stanford side as they bowed out of the competition.

Elm Park’s Foster defeated world number four Heck by one hole in what was a fantastic match against the Curtis Cup star.

The 2021 Irish Close champion lost the opening hole with a six but levelled matters on the third. Foster carded her second six of the afternoon on the fourth as she fell behind again but turned the tie on its head as she turned 1UP after wins on the seventh and eighth.

Individual winner and world number one Rose Zhang recorded a comfortable 5&4 victory over Mychael O’Berry in the bottom match to secure Stanford’s progression into the final.

Earlier that day Foster, who is a freshman, was beaten in her quarter-final tie with Zoe Campos as Auburn advanced to the semi-final with a 3-2 win over UCLA.

Auburn didn’t come away empty handed and were rewarded with an invitation to November’s East Lake Cup for the second time in three seasons.

“I’m incredibly proud,” Auburn head coach Melissa Luellen said. “They never quit fighting. We had some mistakes, some tired swings. It’s such a long week with the heat and the wind in the afternoon. But what a group. Our seniors, we really appreciate how they’ve transformed this program. They will be missed.”

Julie McCarthy is also on the panel but wasn’t in the starting five this week.