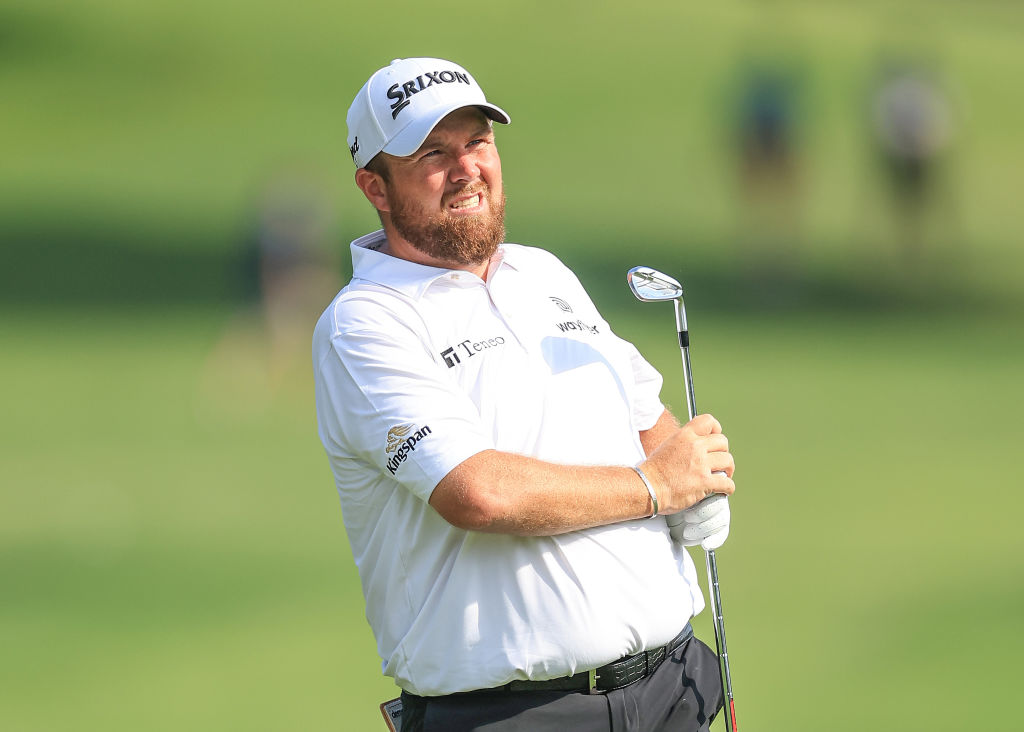 Shane Lowry and Seamus Power did well to post respective rounds of a level par 70 and a one-over 71 respectively in the tougher afternoon conditions on day one of the PGA Championship in Tulsa, Oklahoma.

As they always say in golf, you don’t win a tournament on day one but you can certainly lose it and the efforts of Lowry and Power have kept them well in sight of Rory McIlroy, who leads the field with his fine showing of a five-under 65.

For McIlroy it is the fifth time in his major championship career that he has held at least a share of the lead at the end of the round one.   He did that at the 2010 Open Championship at St. Andrews (finished T-3), 2011 Masters (finished T-15), 2011 U.S. Open at Congressional Country Club (Won) and 2014 PGA Championship at Valhalla Golf Club (Won).

Lowry heads into the second round on the Southern Hills course with a share of 27th after his opening round which contained three birdies and the same number of bogeys, and highlighting his round was holing a 25-footer for birdie at the par-4 12th hole.

The Clara golfer was also delighted to hole an 11-footer for birdie at the 17th to get his round back to level in the much windier afternoon conditions.

And after being up earlier and watching the opening hours of play from the comfort of his hotel room, Lowry knew he was in for a hard day in the Tulsa office.

“You know, I watched the golf this morning and you know they obviously show all the guys who are making birdies and it looked easy and you feel like you’re going out there and you want to shoot a score,” Lowry said.

“But then I kind of had a closer look at the scores and it was pretty difficult. It was tough out there. Hot. Windy. The greens are getting bouncy. Obviously if you miss the fairway, it’s very, very tricky. I’m pretty happy with my score.

“I made a bad decision hitting in the water on the par 5 at 13 and made a great save for a bogey after that.  I mis-clubbed it. It was a bad strike. It was really borderline if it was going to get the front edge and you need to hit the perfect shot. I probably should have done something a little different, but I got away with it.

“I talked about it during the week … you need stuff to happen if you want to do well in these weeks. And that’s what happened to me today. I holed the right putts at the right time – 12, 13 and 17. It’s nice to shoot level par. I’m five behind Rory and Rory made the golf course look easy this morning.”

Lowry is contesting his 12th PGA Championship whereas Seamus Power was also delighted to get away with a one-over score after his first round in a maiden chase for the Rodman Wanamaker trophy, and this despite his opening tee shot, off the 10th , landing in a divot from where the Waterford golfer took bogey.

His inward half was a lone bogey at the par-5 fifth hole amid eight pars.

“I actually played quite nicely. It’s just tough to make birdies out here especially this afternoon,” Power said. “I had some chances early but had a bit of a bad break on 10. … Then I birdied 12 had a good chance at 13, missed a short one on 14 but then I had chances on 15, 16 and 17 and I didn’t quite take advantage.

“Then at the end there I kind of made a mess of that par-5 (fifth) so that was a bit of a downer. The rest of it was pretty decent on that front nine.”

With now early second round tee times and also a Tulsa forecast of stronger winds, the duo will be looking to take full advantage.

“Hopefully the wind stays up for the guys in the afternoon; I know it’s going to be windy tomorrow and going to be difficult and the plan is the same,” Lowry said.

And Power was of the same opinion.

“If the conditions match the forecast, it’s going to be quite a bit different. I think it’s going to be blowing 20mph at 7 or 8 o’clock in the morning and then I didn’t see it this morning so I don’t know exactly how the greens are running”, he said.

“I think tomorrow morning with better greens and even with the wind up, I’ll be able to take advantage of some of those opportunities.”