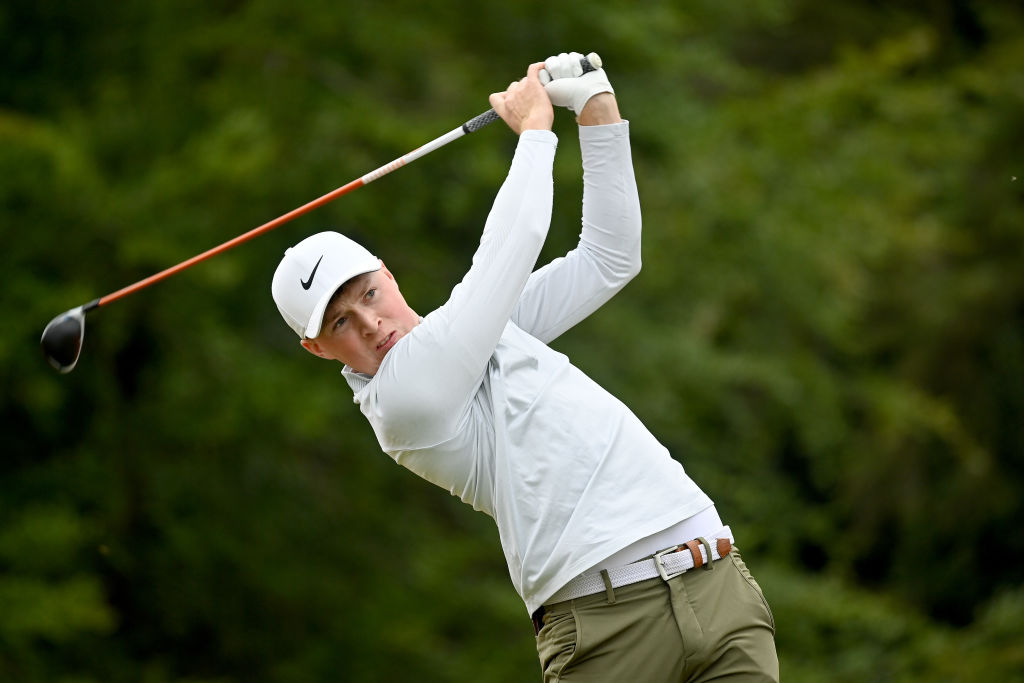 Mark Power and Wake Forest stormed their way into the NCAA Finals after they topped the leaderboard at the NCAA New Haven Regional at Yale Golf Course.

Wake Forest eased to a seven-shot win on twenty-six-under as they joined their female counterparts in the finals as the Deacs sensational season continues.

Four of Wake Forest’s golfers came in the top-10 on the individual leaderboard with Power claiming a share of ninth place after a final round of level-par 70 gave him a four-under total.

The Kilkenny golfer put on a strong finish with two birdies in his last three holes to break into the top-10 and finish six shots adrift of eventual winner Austin Greaser of North Carolina.

Teeing off six shots off the pace after rounds of 67 and 69, the fast start that Power needed was not forthcoming and after a bogey, birdie run on the third and fourth saw him turn in level-par 34 two bogeys in three holes to start the back nine all but ended his hopes of contending for the win.

However, he fought back well to put the icing on the cake of what was another stellar week for the Deacs.

It wasn’t to be for Max Kennedy and Louisville as they missed out on the top-5 by eleven shots in seventh place on seven-over-par at the Norman Regional.

Royal Dublin’s Kennedy shot a final round of one-over 73 to end the week in a share of 35th place on five-over-par.

Luke O’Neill and Kansas State bowed out at the regional stage too finishing two places below Louisville in ninth.