Scheffler shaping up like the man to beat at Southern Hills 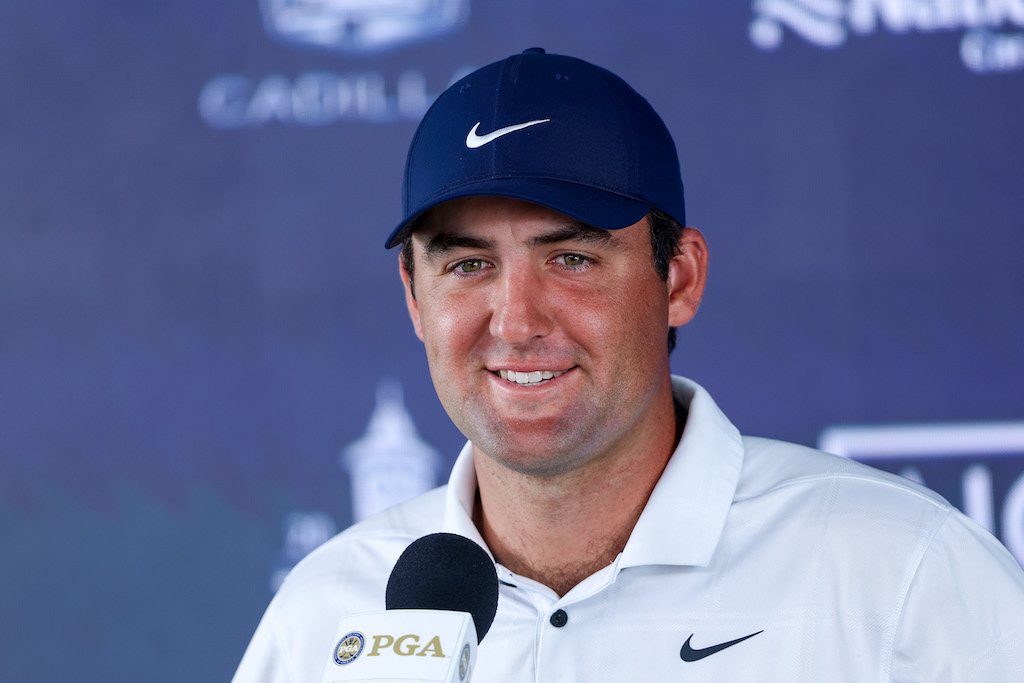 Scottie Scheffler is many people’s idea of this week’s US PGA Championship winner. The world number one and reigning Masters champion already boasts four individual wins this term ahead of a visit to Southern Hills, a course that happens to be one of his favourites.

Scheffler already has one win to his name at Southern Hills when lining out with the University of Texas at the 2015 Big 12 Championship before finishing fifth in the event three years later in 2018.

The in-form player produced a practice round worthy of the billing on a recent recon mission to the venue where he shot 64 and with the hype around Scheffler justified, the 25-year old was happy to reiterate his fondness for this week’s host venue in Tulsa.

“Everyone has their favourites and Southern Hills is definitely one of mine,” said Scheffler who warmed up for this week’s task with a tied-15th result at the Byron Nelson.

“I haven’t heard any bad things about the golf course this week. It’s one of those places I feel like if you come and play it the first time you kind of know where to hit the ball. It’s just really hard. It’s right in front of you. You know what to do. It’s just hard to actually do it.”

Scheffler has been making the game look easier than most of late with victories in Phoenix, Bay Hill and the WGC-Dell Match Play all coming before his maiden Major win at Augusta. Now the current top dog in the game of golf, Scheffler arrives to Tulsa with a target on his back, not that it feels that way given how the media spotlight has focussed on Tiger Woods.

“Tiger’s here so nobody really remembers that I’m here, so it’s all good,” Scheffler joked when asked if he felt any different walking around Southern Hills.

“No, like I said, I don’t feel any different. I don’t get any extra shots this week. You know, it’s nice to have the ranking, but at the end of the day, when I show up at a tournament, I don’t have any advantages over the field other than we all start even par.”

What Scheffler does have over a number of players in the field is course form, though it remains to be seen just how valuable that will prove given the renovations made by Gil Hanse and Jim Wagner in 2018. Still, it’s certainly a track that fits the eye of the New Jersey born swinger who gave his own insights as to why this course ranks amongst his favourites, and what people can expect as to the make-up of the leaderboard come Sunday afternoon.

“I wouldn’t say there’s one hole that stands out too much than any other. It’s a really solid golf course.

“What I found interesting with playing the Big 12 Championships here, there was always one day it seemed like where somebody kind of blitzed the golf course and shot 5-, 6-, 7-under. But I think I won the golf tournament, like 3- or 4-under.

“It’s a really hard golf course, but when you’re playing great golf, you can kind of make your way around it just because it’s so simple. And I don’t know, it’s just kind of a funny place when it comes to stuff like that.

“I’m not sure what Tiger won with here in 2007, but it was also one of those deals where he had a crazy round and almost shot a 62. It’s one of those places where if you can put your A Game together for a round, you can really make it special.

“I don’t think you’re ever really going to find yourself too far out of the tournament.”

Scheffler tees up alongside Collin Morikawa and Jon Rahm for the first two rounds from Thursday.