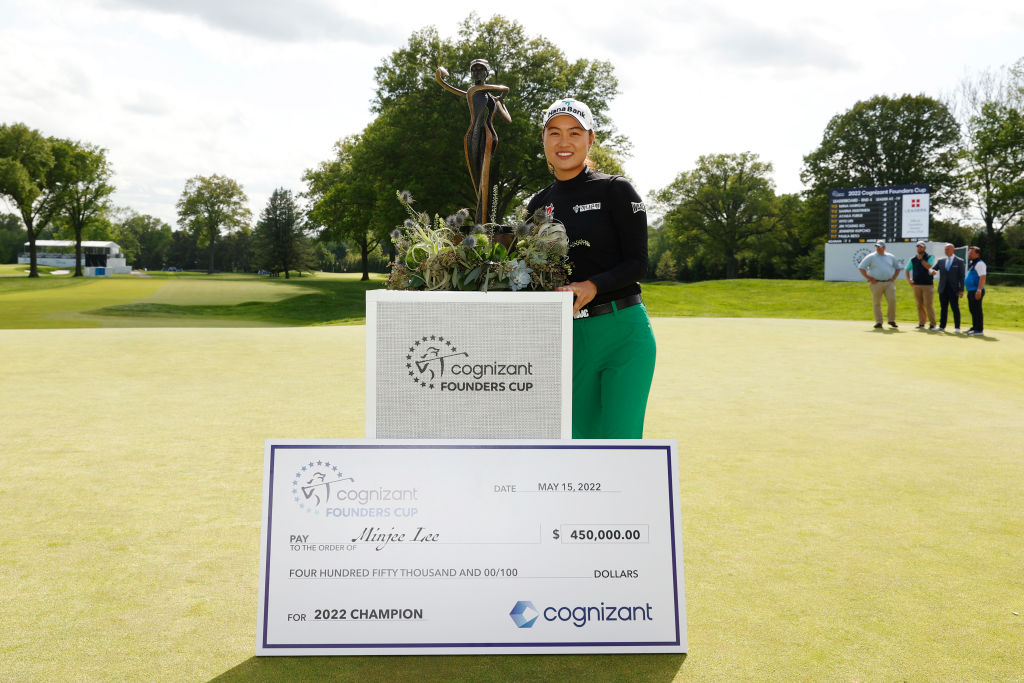 Back-to-back one-over 73s rounded off a disappointing weekend at the Cognizant Founders Cup as she held off the spirited challenge of Thompson for Stephanie Meadow as she finished in 68th place at Upper Montclair Country Club in New Jersey.

The Jordanstown woman had made the one-under cut line on the mark on Friday evening but she wasn’t able to take advantage of that and kick on as consecutive rounds of 73 left her one-over-par for the week and down near the bottom of the leaderboard.

While it is another made cut for Meadow, which will go some way to helping her retain her card for next season having battled to the final tournament in the last two seasons, she is now at a stage where she would be hoping to push up towards the business end of leaderboards.

On this occasion she was a long way off as she finished 20 shots off winner Minjee Lee, who closed out the lead she had held since early on Friday for a two-shot win over Lexi Thompson for her seventh LPGA Tour victory.

Meadow’s final round was another one where she just never got anything going, as bogeys at the 11th and 17th – having started at the 10th – put her on the back foot before she finally got on the board with a birdie at the 18th.

Another dropped at the par-three sixth, but she stumbled at the other par-three on the front nine, the eighth, to finish the week frustratingly over-par.

Lee, meanwhile, produced a strong back nine to ease to a comfortable win in New Jersey as she held off the spirited challenge of Thompson, who ultimately left her title push too late for it to come off.

The Australian had been pegged back by her American counterpart by the 10th as two birdies from the latter and one bogey from the former in that stretch had them both 16-under, and they would both birdie the 12th to remain all-square.

But while Thompson got stuck in a rut of pars that would last until the end of her round, Lee would pull ahead once more with a birdie at the par-five 14th and then she closed it out in style with a birdie on 18 to spark the celebrations on the final green.

“In the very beginning I missed a couple of short putts. I sort of didn’t catch that momentum. Then through the middle to kind of the back part of my round my ball-striking kind of went out the window,” laughed Lee.

“I fought really hard this whole day, and just to finish with a couple of birdies and just to come out with a win is just really special. I’m really happy.”