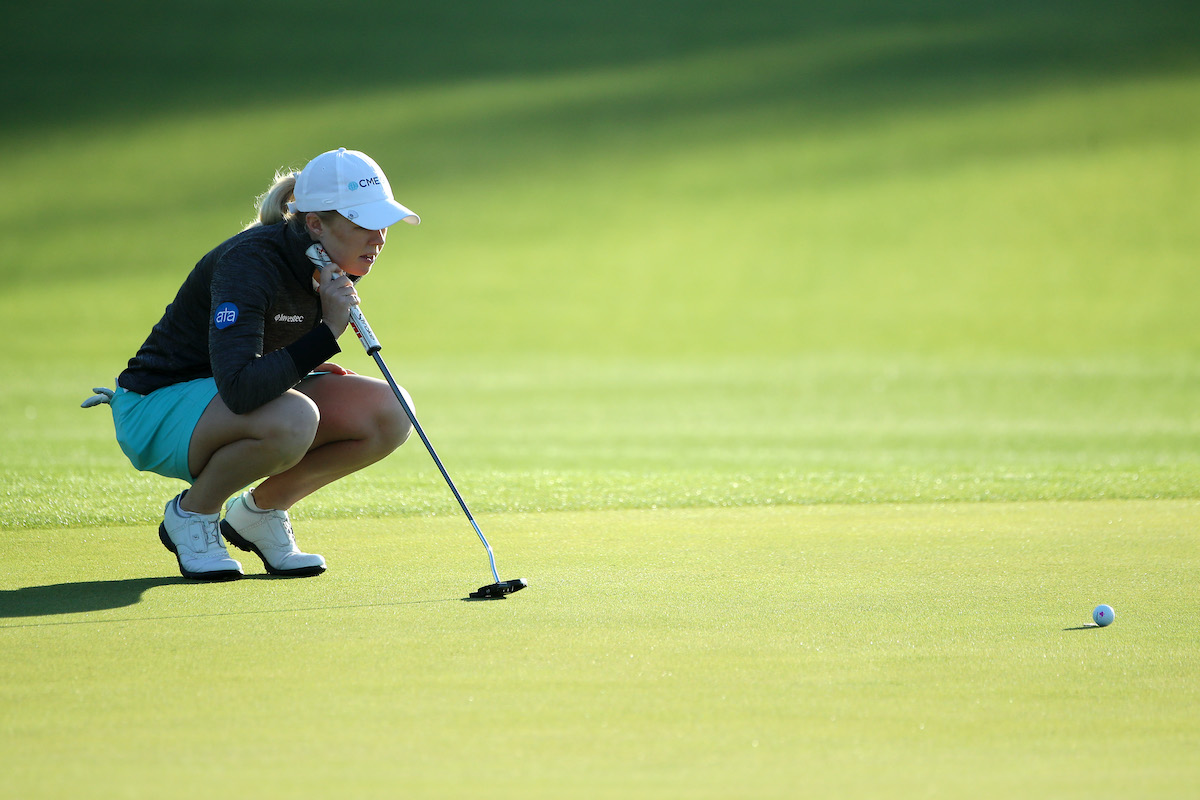 Stephanie Meadow made it into the weekend on the mark at the Cognizant Founders Cup but Leona Maguire’s recent struggles continued in New Jersey as she missed her third consecutive cut on the LPGA Tour.

The Cavan woman has found form hard to come by since her maiden victory at the LPGA Drive On Championship, having not finished better than 39th in her last five outings and having missed her last two cuts on the west coast.

It looked like she had found some form in Thursday’s opening round at Upper Montclair Country Club with a three-under 69, but unfortunately she lost her momentum on the back nine of her second round with three bogeys in her final six holes contributing to a four-over 76.

At one-over for the week, she missed the cut by two strokes and her struggles continue for another week, with this perhaps the most frustrating of those three consecutive missed cuts given how she started.

But a missed chance at the par-five 12th preceded her brutal finish as bogeys at the 13th, 15th and 17th dropped her to one-over and heading for an early exit.

Meadow, meanwhile, continued her good form by making it into the weekend after adding a level-par 72 to Thursday’s 71, although she faced a nervy wait in the afternoon as the cut line threatened to go to two-under but eventually fell at one-under.

The Jordanstown woman will now turn her attentions to making a move on Saturday and potentially at least getting herself into a position to finish perhaps in the top-20 or even higher after a second round that saw a bogey at the first immediately rectified with a birdie at the second, followed by a birdie on the 12th cancelled by a bogey at 15.

The chances of her chasing down Minjee Lee at the top of the leaderboard seem slim, though, with the Australian holding a three-shot lead at the halfway stage following an incredible nine-under 63 in her second round to reach 14-under-par.

Lee carded eight birdies and an eagle in her round, and at one point had a four-shot advantage at 15-under, but a late bogey dropped her back a shot, meaning her lead is just three over Ally Ewing, Lexi Thompson and Madelene Sagstrom at the top and looking in uncatchable form.

“I was just riding momentum pretty much,” said Lee. “I know I went birdie, birdie, eagle and that was really nice, and I just tried to take all my good play from the front nine into the back nine.”