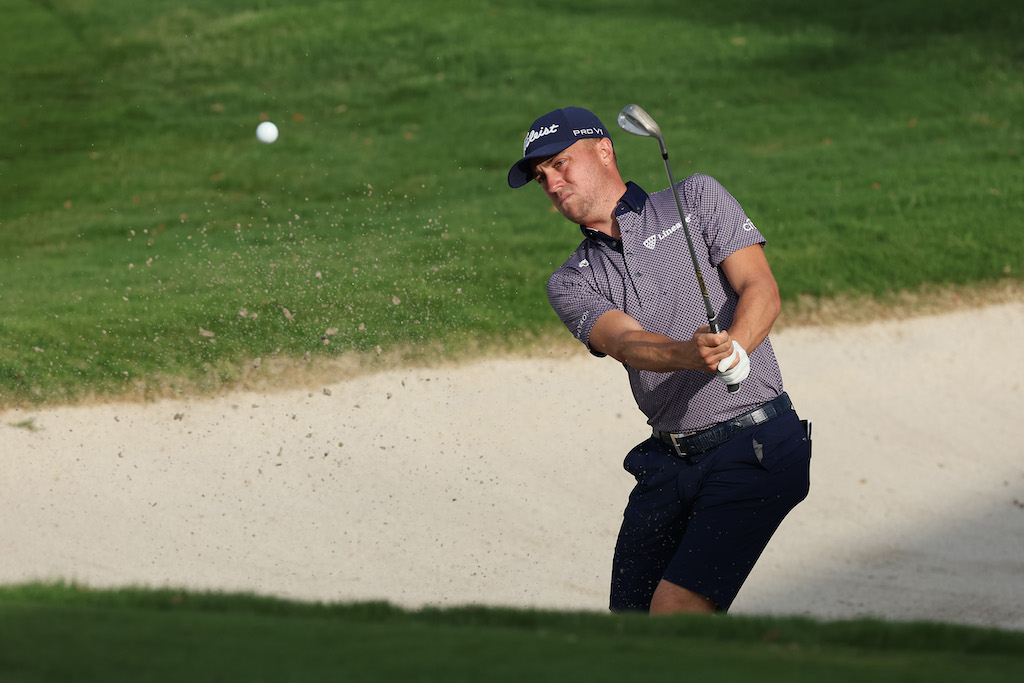 Justin Thomas has echoed the thoughts of most observers when it comes to the never-ending Saudi-league saga, saying it’s about time potential defectors would let themselves be known and “just go”.

Thomas was speaking from this week’s Byron Nelson in Texas following the PGA Tour’s decision to deny its wantaway members permission to compete in the opening LIV Golf event in London in June.

The PGA Tour’s stance has seemingly given those chasing the money a choice – it’s us or them – and for world number 8 Thomas, that’s a perfectly fair stance to take, insisting it’s high time the talking stopped in relation to Greg Norman’s rival series and that those actually interested take action.

“I mean there’s been plenty of guys that have been advocates of it and have just talked it up all the time and they have been guys behind the scenes that are saying, I’m going, I’m doing this.’ And like my whole thing is, like just go then.

Thomas is one of a number of the game’s established stars who have come out in support of the PGA Tour. Rahm, Rory and Morikawa have all pledged allegiance and up-and-coming star Will Zalatoris also weighed into the conversation from Texas, evidently grateful for the hand that feeds him on tour.

“Look, if you want to (play in an LIV Golf event), no one’s stopping you, but what we have here is pretty good too, considering every week we’re playing for a pretty great purse on pretty great golf courses and the benefits we have off the golf course on top, it’s pretty tough to beat,” said Zalatoris.

“Purses are only going up here, but on top of that, like I said, no one’s stopping anyone from doing it. But I think everyone agrees the decision that came out yesterday is the best for the (PGA) Tour.”

And the game’s best player Scottie Scheffler was the third man to come out in defence of the PGA Tour this week, believing its decision to deny players permission to compete on a rival circuit is a perfectly fair one given the consequence of players choosing to play elsewhere ultimately hurts the corresponding event on the PGA Tour.

“If you’re playing here on the PGA Tour, playing in something that could be a rival series to the PGA Tour, being a member of our tour, it’s definitely not something where we want our membership to do because it’s going to harm the tournament we have opposite that,” Scheffler said.

“I’m sure that’s why they did not release the players. Because if we have 15 guys go over there and play, that hurts the RBC and the Canadian Open.”