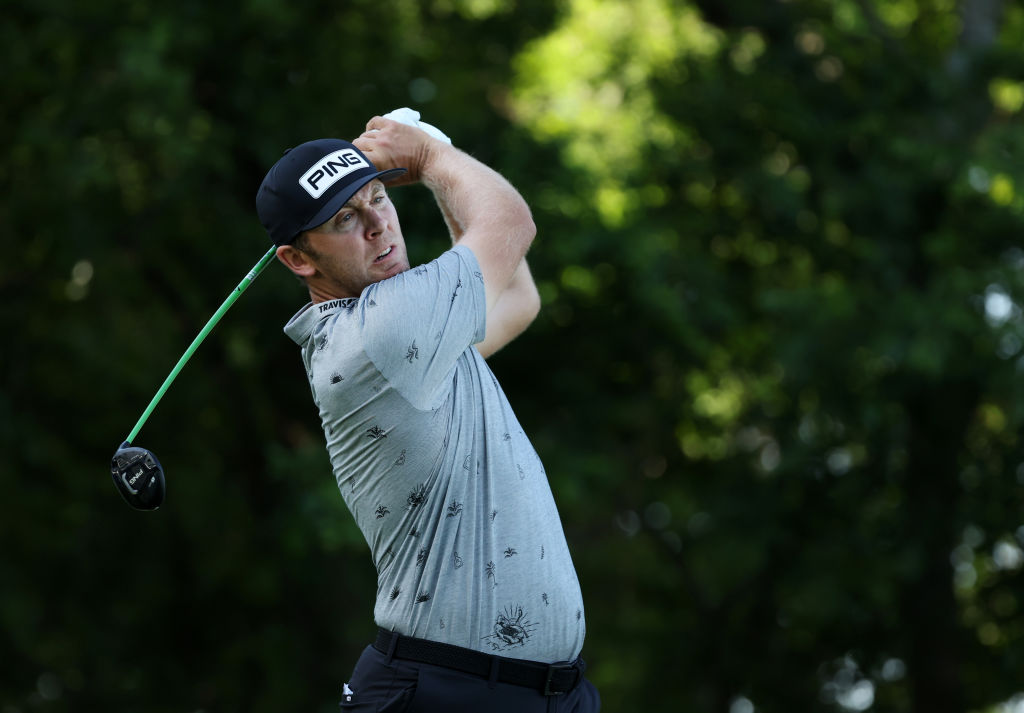 Seamus Power returned to Dallas proudly standing tall, and where a year ago he turned around his career, in posting a sizzling 66 on day one at the AT&T Byron Nelson.

Power grabbed seven birdies and dropped just one shot in bright but windy conditions on the host TPC Craig Ranch course located in suburban McKinley, just to the north of the third largest city in the Lone Star State.

Colombian-born, and now Texas-based Sebastian Munoz set a new course record signing for a blistering 12-under-par 60, in a round that included two eagles, nine birdies and just one bogey.

Munoz, 29, matched his lowest score on the PGA Tour and capped his round with a four-hole stretch from the ninth to 12th holes with scores of eagle, birdie, birdie and eagle, and then went on to birdie his closing three. He came to the last needing an eagle ‘3’ to shoot the magical 59 but sent his second shot way right of the green, but then somewhat luckily holed a 11-footer for his birdie ‘4’ to snatch a four-shot lead at 12-under after round one from K.H. Lee, Justin Lower, Mito Pereira and Pete Malnati.

Power capped his round with three birdies in succession, holing a 26-footer at the par-4 fourth hole, chipping to two-feet at the par-5 fifth and then seeing a 16-footer into the bottom of the cup at the par-4 sixth.

The Waterford golfer birdied 15, dropped a shot at 16 and then ended on a real positive note in holing out for birdie at 17, and then at the last he laid-up shy of the water guarding the green and drained a 21-footer for his birdie.

While Power hit just seven Craig Ranch fairways in the windy conditions, it was a hot Power putter, holing 170-feet of putts and he had just six putts outside of 10-feet, that proved the key to his round.

“I knew I holed a lot of footage today, and I putted very nicely here last year,” he said. “I love these greens here. The surfaces are perfect and they’re the type of greens I seem to read pretty well.

“It was nothing too special tee to green but I really felt good on the greens. Even last week I didn’t play well but I felt like I putted well. Once I get to bent greens I feel like it really suits me. I’m just much more used to that so that helps and I just like the speed and I like the look of these ones.”

Contributing to the toughness for those out in the opening half of the field was the wind, as the now World No. 42 ranked Power explained in hitting half of the Texas fairways.

“The wind is definitely a factor, and I just didn’t quite play my best tee-to-green more than anything,” he said.

“I missed the first couple of fairways and I was just playing a little catch-up in the fairway stats after that but I also hit a couple of good tee shots in a couple of the important spots which is nice and gave myself some chances.

“I’ll go have some lunch and spend some time this afternoon working on the range but I will probably leave the putter alone (smiling).”

As reported by Irish Golfer Magazine ahead of the event, it was at last year’s Texas event where the then World No. 342 shared ninth place to kick-start an impressive run of five events, leading to a maiden Tour victory on the first Sunday in August in Lexington, Kentucky.

Kinsale’s John Murphy, playing only his second PGA Tour, was out a few groups behind Power and sensationally kick-started his round holing a 30-footer for a birdie ‘3’ from behind the flag at the first.

However, the spark died for the flame-haired Kinsale golfer, posting three bogeys in succession to be two-over after just four holes, and then three-over in dropping a shot at the ninth.

Murphy then produced eight inward half pars ahead of posting a closing hole bogey in failing to get up-and-down from a greenside bunker at the last, in his four-over 76, and sits in a distant share of 151st place after the opening day.